The deal will see Telefonica acquire 100% of Cancom UK and Ireland’s share capital, as well as its roughly 600 employees

Telefonica Tech has announced an agreement with Munich-based Cancom Group to acquire 100% of Cancom UK&I for €398 million.

Cancom UK&I’s history is a relatively recent development. In 2018, Cancom Group purchased a pair of UK businesses, Ocean Intelligent Communication and OCSL, which were subsequently renamed Cancom UK. In 2019, the acquisition of Ireland-based Novosco was announced, which was later combined with Cancom UK to form Cancom UK&I at the start of 2021.

The company specialises in IT, cybersecurity, and cloud transformation, with a number of major partners including Microsoft’s Azure. Cancom UK&I’s revenue exceeded €155 million in 2020, with managed and professional services accounting for more than half of this total.

Now, Telefonica Tech, itself formed in 2019, will absorb the unit, including its roughly 600 employees, helping to further enhance its range of cloud, security and other IT services.

Telefonica Tech’s revenues have grown by more than 25% in the first half of 2021 as the demand for cloud computing services soars.

“Having the Cancom UK and Ireland talented team join Telefónica Tech, will strengthen our cloud and cybersecurity capabilities in the UK and Ireland, with a strong focus on professional and managed services, and combined with our value proposition and global reach allows us to position ourselves as the strategic partner for our business-to-business customers in their digital transformation strategy,” said José Cerdán, CEO of Telefónica Tech.

For Cancom, the sale will allow the company to pursue acquisitions of its own, reportedly targeting companies in its home markets of Germany, Austria, and Switzerland.

Assuming regulatory approval, the deal is expected to close by the third quarter this year.

Also in the news:
France’s Iliad could be delisted following billionaire buyout
Fibre overtakes DSL in the OECD for the first time
Sparkle and Google partner to build two subsea cables

Consumers know what they want but not what they need 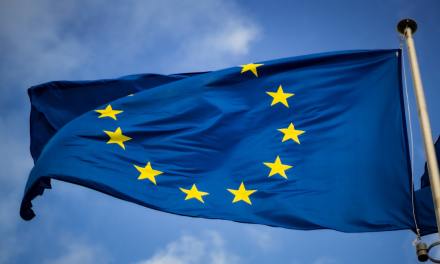