China approaching chipset self-sufficiency in the battle for semiconductor innovation

We spoke to Analysys Mason’s research director, Caroline Gabriel, about the ongoing semiconductor supply crisis and how China’s technical acceleration is affecting the market

China now appears to be making the most rapid progress within the semiconductor industry, with favourable government investment policies leading to billions of dollars’ worth of market growth, despite the ever more pronounced tension with US in recent years.

When asked about the state of the Chinese semiconductor market, Caroline Gabriel, research director at Analysys Mason, described it as “a lot closer to achieving self-sufficiency than we would have predicted a couple of years ago”.

While few could have predicted the major ramifications the pandemic would have for almost every industry around the world in early 2020, the semiconductor industry, underpinning the world’s booming technology market, was one of the most drastically affected.

It created an even more difficult environment for the chip industry when resonating with geopolitics in slowing the industry’s recovery, according to Caroline.

“The covid situation is coinciding with some of those geopolitical trends, which are certainly not helpful for addressing the shortage. I think we’ve seen a tendency for the major technical powers to retreat behind their walls to try and build up their own chip power, rather than cooperating more broadly,” explained Gabriel. “I think this is potentially disastrous from the point of view of unnecessarily prolonging the shortage.”

One of the highlights is China has increased investment in its domestic industries and accelerated its pace of innovation in order to reduce the dependence of its semiconductor industry.

“The national dedication to achieving that self-sufficiency has been very strong and the levels of innovation have been impressive. It looks extremely likely that they will reach self-sufficiency for 28nm chips this year and 14nm processors next year,” she explained.

While 7nm and even smaller processors are the cutting edges of chip technology right now, it is in fact these older models – which Gabriel describes as “workhorse chips” – that are the most widely used chips today. These chips can be found in everything from appliances to cars, and are sufficient for all but the latest technological devices, such as state-of-the-art smartphones.

But while more advanced chips represent a much smaller portion of the market right now, they are still crucially important and will be fundamental if China is to play role in emerging and future technologies. Achieving self-sufficiency in 28nm and 14nm processes may well be within China’s reach, but developing the smaller, more advanced processes remains a challenge.

Nonetheless, Gabriel suggests that progress towards this goal is just a matter of time.

“I don’t think this is an unsurmountable obstacle,” said Gabriel, noting that China has proven its ability to innovate and create effective partnerships with its progress in 14nm processes. “But it is certainly true that until China can get to those cutting-edge processors, there will be important areas of the high-tech market where they are not able to participate and so will require chips from elsewhere.”

Meanwhile, Europe has found itself stuck in the middle of China and the US, with its domestic market’s deficiencies exposed by the ongoing supply shortage.

“Europe is very interesting and shares some of the challenges with China,” explained Gabriel. “It has very big chipmakers, but they are not at the cutting edge.”

Like China, the European Union and individual governments have set very aggressive targets to try and become self-sufficient and build an export industry. Incentives are being offered to invite companies to invest in Europe in recent months, most notably Intel and TSMC, with mixed success.

“There’s a real sense, amid all the geopolitical tensions and the disruptions to the supply chain, that Europe needs to be more self-sufficient and have a more robust ecosystem – to move away from the more old-school industry that it has at the moment,” explained Gabriel.

But while the semiconductor industries around the world appear to be scaling up as rapidly as possible, Gabriel argues that this increasing geopolitical polarisation is negatively impacting the recovery of the industry as a whole.

“Any global crisis, whether it’s technical or not, is best addressed cooperatively, with everybody pooling their resources,” she said, noting that there have been positive signs of the Chinese and European industries being open to collaboration, potentially working together in the future to combine their expertise and achieve greater scale.

When it comes to China-US relations, however, such collaboration seems almost impossible.

“We have limited expectations that [collaboration] is going to come from the US in the current climate,” she said. “But there is a lot more appetite in Europe and other parts of Asia to work with China.”

You can view our full interview with Caroline from the link above. 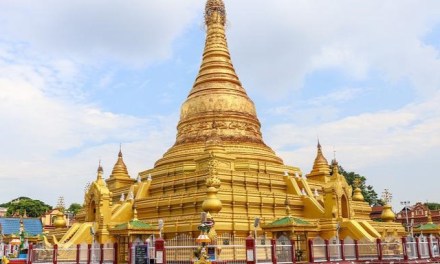 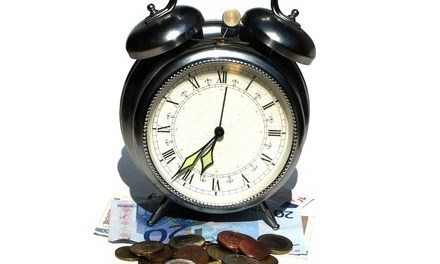 Ramping up 5G at the Global Mobile Broadband Forum 2019