China strikes back at US with own ‘entity list’

While specific companies have yet to be named, retributive measures seem likely to hit firms like Apple, Qualcomm, and Cisco

This Saturday saw the Chinese government announce their very own ‘entity list’ to rival that of the US, which has famously restricts Chinese firms like Huawei and ZTE.
Much like the US list, national security seems to be the centrepiece of its conception, with foreign enterprises, organisations, and individuals that “harm China’s national sovereignty, security and development interests” liable to face sanctions. Punitive measures could include fines, restrictions on import–export business and investment in the mainland, and restrictions of movement concerning personnel and equipment.
The Ministry of Commerce said that companies suspected of flouting the rules would be subject to investigation overseen by the State Council. However, companies could reportedly be given the opportunity to rectify their mistakes to avoid being listed, and licences to work with listed companies will be allocated at the government’s discretion, much like they are in the US.
It is not yet clear which companies will be included on this ‘unreliable entity’ list, with none being announced alongside the list’s creation by the Ministry of Commerce. However, this counter-measure has been a long time coming, so the companies in the firing line should come as little surprise; back in May, the Global Times reported that such a list would likely target companies like Apple, Qualcomm, and Cisco.
Much like the US entity list, many are suggesting that China’s new list is merely a mechanism by which to retaliate and attack US businesses operating in China. The two nations’ relations have continued to deteriorate recently, with the latest wave of sanctions against Huawei coming into effect last week, and WeChat and TikTok being restricted from operating in the US just yesterday.
In the latter case, a bid by Oracle and Walmart for a 20% stake in TikTok is gaining traction – including receiving the ‘blessing’ of US President Donald Trump yesterday – which could indicate that that at least one element of this geopolitical struggle is moving towards at least a partial conclusion. However, the Chinese government would still need to agree to such an arrangement and, with national pride on the line, the deals closure is far from certain.
Also in the news:
Today’s headlines from The 5G Daily
Ericsson boosts its 5G portfolio with $1.1bn purchase of Cradlepoint
Connected Britain Sneak Peek: Fibre rollout, 5G, and digital skills for future generations
Share 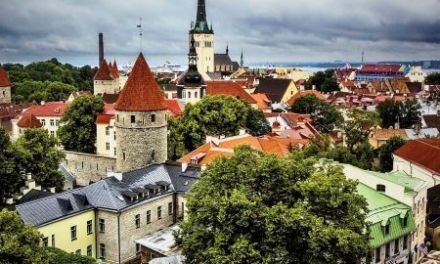 5G is Coming; How Will You Assure Your Network? Do You Have the Critical Visibility You Need?