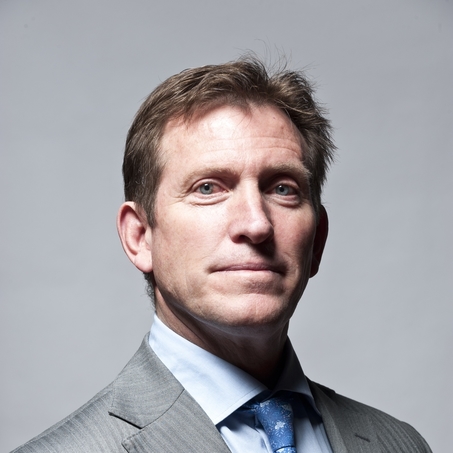 In the run up to Connected Britain 2018, Total Telecom met with Greg Mesch, CEO of CityFibre, to discuss how the UK is faring in its quest to rollout next generation connectivity

While the UK may be playing catch up to many of its European neighbours in terms of fixed line and mobile connectivity, there is a sense that the country is finally beginning to focus on the critical infrastructure that will underpin its future prosperity.

Last month, the UK’s Finance Minister, Philip Hammond, said that the country would require 15 million fibre to the home (FTTH) connections by 2025 to facilitate the evolution of its digital economy – a point that was reiterated by the UK’s Minister for Digital, Margot James, at the Connected Britain 2018 event in London last week.

Britain currently languishes towards the bottom of the table in terms of fibre network penetration, with the latest estimates suggesting that the country has managed only 3.5 per cent penetration. When compared to other European nations such as Latvia (50.6 per cent), Sweden (43.4 per cent) and Spain (33.9 per cent) the UK’s position as a fibre laggard is painfully apparent. While the average FTTH penetration rate for the 28 EU nations is a more modest 13.9 per cent, it is clear that the UK has a long way to go before it can even gain parity with that particular milestone.

As Britain begins to get serious about fibre, the future is bright for the network builders and infrastructure providers who will help to sharpen the country’s focus on full fibre networks.

Against this backdrop, I met with Greg Mesch, CEO of CityFibre, to discuss how the company is helping to ignite a fibre revolution across the UK.

According to Mesch, one of the key priorities for the UK’s government and telecoms regulator should be realigning their focus on how the country receives its broadband access.

"What the UK needs to do is shift its focus from regulating BT to creating a playing field that supports infrastructure investors. The only way that you get fibre into everything is through really massive investment. It’s not a capital light type of programme that is required – we need a capital heavy approach. Therefore, the UK requires investors. For the last two decades, the authorities have just focussed on price compression, which corresponds to everybody just supporting the monopoly infrastructure.

"Price compression brings prices down for everybody but it also eliminates everybody’s desire to invest in infrastructure – so you become dependent on the incumbent. The government and the regulator here in the UK must shift their focus from the incumbent towards tactics and approaches that will stimulate infrastructure investors," he said.

The UK government has called for altnet providers, such as CityFibre to work closely with Openreach to evolve existing networks and rollout new ones, to boost connectivity across the country. However, Mesch takes issue with this line and believes that the UK needs to wean itself off of its dependency on Openreach’s existing networks.

"Personally and professionally, I think that the best thing for the UK would be that alternate infrastructure providers enter the market and they do all of the fibre building and BT does none. If you look at it from the perspective of a city, let’s say Edinburgh for example, the best thing would be that they have a new competitive entrant that would stimulate competition at the infrastructure layer. This would drive down prices and increase quality of service. Having BT just doing it again [building infrastructure] would be returning yourself to another monopolistic environment in the city," he explained.

Mesch believes passionately in the need for altnet providers to challenge the UK’s incumbent network infrastructure provider and is clearly frustrated by the country’s continued reliance on Openreach.

"I see no logical argument at all for BT to be the one to rollout this infrastructure on a city by city basis. Yes, in a rural setting; yes, in a mega city like London – then they can do it but I see no reason why the UK would ever choose to have a programme that favours BT over an alternate new entrant. The new entrant would create a more dynamic, more diversified environment in each city which in turn would stimulate more growth.

Mesch believes that unless the authorities do more to encourage external investment in national infrastructure projects, the government will be left footing an incredibly expensive bill for a system that is fundamentally inefficient.

"I’ve had this discussion with DCMS and with Ofcom – I see no argument for why they [BT/Openreach] would ever be a better solution – unless you’ve so destroyed the economic incentive for investors that BT are the only ones who would be prepared to put it in and then the government is going to have to fund it.

"If the government wants to fund it, then they should nationalise Openreach and fund it that way. But if you want to create a level playing field and create the right type of environment for investors then they must focus on the alternate carriers, because they are the ones that will create that dynamic innovation, the technology leadership and that spark that is needed in each of these cities – just like CityFibre is doing here in the UK," he added.

Last month, CityFibre accepted a £538 million takeover bid from a Wall Street consortium headed up by Goldman Sachs. According to Mesch, the takeover will allow CityFibre to scale up its operations and invest more cash, more quickly into Britain’s gigabit capable full fibre network infrastructure.

"It’s simple – you need to concentrate on creating the right conditions for investment to come in, for money to flow. That’s what has happened with CityFibre – we have received £538 million of investment, why have the investors made that investment? They have made it so that they can deploy more money, faster across the UK and make really great returns. Their only concern is the government and their handling of the incumbent, or their handling of Ofcom regulations that will ultimately dictate future levels of investment. There is a huge appetite to invest in this type of infrastructure and that should not be allowed to be stifled by Ofcom’s focus on allowing BT to build – it is completely misguided," Mesch said.

Ultimately, Mesch believes that the economics of the situation should dictate that altnet providers will play a more and more prominent role in the UK’s full fibre rollout programme.

"CityFibre can build these networks cheaper and faster than BT can, which will result in lower prices for the consumer, that’s just a fact, we are doing it right now. What you need to do is create a space where alternate operators are allowed to come in and build, so that you have proof points on economics. Without those proof points of economics that when BT says that the cost of building these networks is £500 or £800 or £900 – without someone coming and saying ‘no I can build it quicker, better and faster’, how do you know?"

"The classic example is Elon Musk, who came in and said I can launch a rocket at 4 times the lifting power and at 20 per cent of the cost, and NASA and everybody said, ‘it can’t be done’. But it was done. And CityFibre can build faster and cheaper than BT, which will result in lower prices for the consumer," he said.

Mesch lays the blame for the UK’s poor fibre penetration levels squarely at the door of Openreach but he also argues that this is part of a wider trend across Europe, where poor fibre rollout levels are directly and proportionately linked to the relative strength of the incumbent operator.

"Wherever you look across the world map, wherever you see the lowest penetration of fibre, it always correlates to the strongest monopoly hold on the country. It’s simple, there is no incremental return for BT. The economic model is a doomsday scenario – the real crime would be that if the UK authorities actually forced BT to do it without an economic return, which would prompt a complete destruction of shareholder return.

"Forcing Openreach to rollout fibre networks with no economic incentive would simply devalue the company. It would be insane to force them to invest capex with no incremental return. BT is trapped in a very difficult spot. But it is of their own doing.

"It is the same with Deutsche Telekom – if you’ve got a large revenue base just sitting there, why would you roll out this disruptive technology? I mean, the maintenance costs of a copper network alone would potentially pay for the rollout of fibre networks. There is no maintenance on fibre," he added.

There is clearly a lot of work to be done if the UK is to reach its target of 15 million FTTH connections by the year 2025 and Altnet providers like CityFibre will play a huge role in determining how close the UK gets to that target.

"I can tell you that we can scale to 5 million and beyond in that timescale. We at CityFibre believe that the minimum we should cover is 20 per cent of the total connections in the UK but really, we should be doing upwards of 40 per cent of the UK, which would mean 80-100 towns and cities across the UK. CityFibre and maybe one other alternate network provider should be doing that," he said.

With altnets playing a more and more prominent role in the provision of the UK’s full fibre network infrastructure, there is the potential for network build overlap. However, Mesch believes that simple economics will help to contain this threat.

"A logical investor would never look to over build on another operator’s network – that would be economic suicide," he explained.

"The only type of investor that would do that is an irrational investor that does it for damaging reasons, namely Openreach. They would do it to damage the other provider by denying them economics, even though it is suicide for them. For short term pain, they would be prepared to damage their shareholders and their dividend payment, but in the long term they will put their competition out of business, which would allow them to put up rates again," he added.

Mesch is extremely bullish about the role that alternative network providers should play in building and supporting the country’s next generation communications infrastructure, and as CEO of one of the most progressive and ambitious companies in the business he is entitled to be so.

Whether or not you agree with his assertion that "BT [Openreach] is the problem, rather than the solution" to the UK’s connectivity issues, it is clear that alternative network providers must play a significant role as the UK takes steps towards overhaling its communications infrastructure.

For Mesch, the solution is simple – create the right conditions for investment and let the market take care of the rest. Healthy competition will promote competitive prices for the consumer and force companies to invest in their own long-term network infrastructure.

One thing is for certain: the UK’s connectivity landscape needs people and companies with the vision, passion and determination to succeed – attributes that Mesch has in spades. 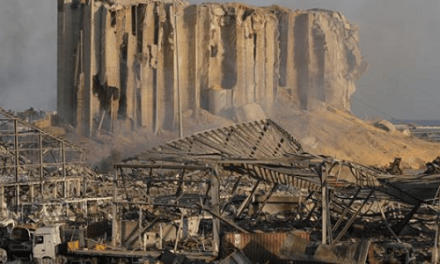