UK fibre to the home specialist, CityFibre, has been given a formal warning by Milton Keynes City Council, following a high number of complaints from residents in the area.

Milton Keynes is one of the first cities to benefit from CityFibre’s Gigabit rollout scheme, which will eventually deliver a million fibre to the home (FTTH) connections across the UK.

Minutes from a meeting held on the 20th November showed that council "inspections have shown that cables are not being laid deep enough in the footpaths by CityFibre". As a result, CityFibre’s installations in Milton Keynes are now under observation by the Council.

Milton Keynes Council said that it had issued CityFibre with a "red warning" over the issue, as it did not want to be left financially liable for repairing "poor quality workmanship issues in the future".

In a statement to the press, CityFibre said that it was aware of the issues raised by the council and was committed to providing the highest possible standards.

“The quality of the work we are carrying out is of paramount importance to us and for [instances] where issues have arisen, processes are in place to help ensure they are resolved as quickly as possible,” the statement read.

Phase one of CityFibre’s Gigabit rollout scheme will deliver one million fibre to the home connections across the country. CityFibre has plans to scale this up to 5 million by the mid-2020s. 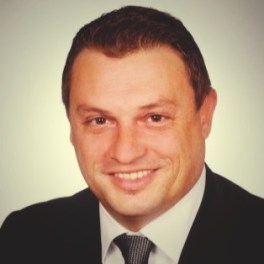 Accedian Takes EMEA Leadership to the Next Level, Solidifying Presence in the Region as 5G and Edge Opportunities Explode

Verizon Ventures leads €4 Million Series A financing round in PICadvanced