Delivering a Connected Britain; an interview with Arqiva 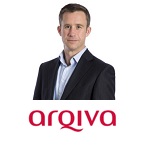 Ahead of Connected Britain 2019, Total Telecom caught up with David Crawford, Managing Director Telecoms & M2M at Arqiva to find out his perspectives on the UK’s connectivity landscape, his predictions for the upcoming 12 months and to hear what he thinks are the key opportunities for the UK that will result from the roll-out of high capacity digital infrastructure.

Is full fibre and 5G a realistic goal for the UK?

Yes … and more than that, full universal high-speed, high capacity connectivity will become a universal service obligation – at least for the government. It is more a question of when rather than if.

Whilst Brexit may be grabbing the lion’s share of the press headlines, the government has a clear agenda to drag the UK out of our ‘laggard’ position with regards to current mobile data and fibre connectivity. Following the somewhat compromised ‘MIP’ project some 5 years ago, between OFCOM and DCMS there is a renewed ambition to force the mobile sector to deliver far more widespread mobile data coverage with the minimum short-term target being set at 92% geographical coverage. There are also a range of regionally orchestrated, but central government funded, 4G in-fill projects and 5G Rural Test-bed initiatives that are tackling this challenge. Similarly, the DCMS led ‘gigabit connectivity’ programme is targeting, by hook or by crook, universal fixed or fixed wireless connectivity within 15 years.

In the grand scheme of things, the UK is not that large a geographical area and mixed private-public funding models that are being put in place do appear to be realistically affordable to both sectors.

How could regulation change to better incentivise investment?

In most parts of the UK, only light touch regulation, or state sponsored incentivisation, is needed since communications providers are able to operate in a competitive environment and make an adequate return on investment in return for coverage obligations that can come as a condition of their licenses. The major change required is to clear onerous bureaucracy and planning regulations: aka, in public sector parlance, ‘barrier busting’. There is some intent, but more needs to be done to clear the way for the national priority of enabling first world digital connectivity.

Where change is needed, is with regards to investment covering low population density rural parts of the UK. Somehow, we need to find a way that enables, incentivises or, frankly, forces operators to provide coverage to these areas that are not inherently ‘profitable’ under the current modus operandi. Regulation may or may not play a part in terms of license conditions or geographically bound regulated shared infrastructure monopolies. Once this mechanism is sorted, the need for effective ‘barrier busting’ is just as important as in urban areas and here it feels like ‘barrier busting’ powers captured in the Electronic Communications Code need to develop sharper teeth. If universal connectivity is a national priority then owners & operators of communications infrastructure, especially in rural areas, need to be able to build without getting bogged down by vested interests, and it is wider than just nimbyism: the industry of operators, surveyors and governing bodies needs to pull in the same direction for the greater good, either voluntarily or through an adjustment to legislation or professional regulation.

Ultimately, government and regulation don’t need to solve the whole problem, and they shouldn’t be expected to.  Industry and commercial enterprise can work it out but in places they will need sensible and targeted government intervention and support to make it work.

Does the competitive environment help or hinder rollouts?

Generally, competition must be seen as healthy: there are many examples of monopolies that fail for consumers or indeed as entities in their own right. I also think that over the long term, the market generally addresses imbalances of over or under supply.

However, there are inevitably short-term tensions that can be addressed. In the fixed / fibre connectivity world, there is much talk about the perils of ‘over build’, especially in the top 100 or so cities and towns. I suspect that this may concern investors may be more than consumers and that there is little evidence that multiple competitors is having a negative impact on rollouts. There has been equal or more concern around the dominant market position of Openreach which is alleged by some to have thwarted competition, ergo the pace of new fibre build, although Openreach counter that without a level of protection around its assets it cannot generate the cash to invest in new fibre deployment and that it has been the use of Openreach’s copper network via LLU (local loop unbundling) that has enabled a competitive four major player fixed network operator market to emerge: a score draw perhaps. Either way, there has rightly been a steady increase in regulatory action to strike the right balance in this debate.

On the mobile side of the industry, the debate is a little different. Here the main question in the UK has been whether a 4-player market and a spectrum auction model designed primarily to maximise funds for HM Treasury can ever enable the MNOs to generate sufficient returns to invest in expanding coverage and improving service: indeed the MNO’s argue that their ARPU and ROCE in the UK are the lowest of their European operations already and that geographic coverage obligations will only make this worse. Perhaps the issue is more about tackling low population density economics, rather than changing the competitor dynamic, or perhaps it is about changing the parts of the value chain that compete via differentiated service offers versus those that provide shared infrastructure to lower the costs of said services. Either way, a neutral host of shared passive, and perhaps active, infrastructure would seem a logical approach to retaining competition whilst lowering costs.

What do you see as the key opportunities for the UK resulting from the rollout of high-capacity digital infrastructure?

In answering this type of question, I always look back just 20 years and try to remember how we lived our lives. Narrowband data connectivity and 3G were seen as revolutionising how consumers could communicate and enabled the life-changing staples of today’s life such as social media platforms. Now project forward 20 years and one must believe that similarly revolutionary opportunities will have been grasped. The difficulty is that – as it was 20 years ago – the use cases are not immediately apparent.

One thing that we can be sure of is that the laws of physics mean that higher speed and higher capacity digital infrastructure will further compress the dimensions of distance and time. Building on this theme, I would think that there will be opportunities for the UK to capitalise on anything that requires highly skilled but remote working: think telemedicine, remote diagnostics or centrally assisted engineering. These have been talked about for a few years now, but we have the chance to build new business models in the UK using the ingredients of high capacity, low latency digital infrastructure, a skilled workforce and an entrepreneurial tech sector. Get this wrong and UK plc will suffer.

Is the government doing enough to safeguard the UK’s mobile network infrastructure?
Enough to safeguard: probably.
Could the government do more to enable the redevelopment and expansion of the UK’s mobile infrastructure: yes. This applies particularly in the rural areas where the answer surely involves shared infrastructure which will give the mobile industry better economics and in a manner that is less environmentally impacting than individual deployments. Here the government could play a stronger leadership role to facilitate or cajole the industry to this end. Once this has been cracked, the next area that requires firm government leadership is to bring together seemingly incompatible parties related to providing connectivity on our transport routes, in particular rail.
What are your key predictions for the next 12 months? What trends will most shape the industry?
My three key predictions for the next 12 months are:
1. Significant merger & acquisitions will start to take place in the UK connectivity infrastructure sector. The first sign of this can be seen in the Cellnex – BT High Towers deal that has recently been struck. Further action will come from the start of the inevitable consolidation of the more than 500 local fibre providers that exist across the UK; or another attempt to consolidate the UK mobile sector to three players and/or create another fixed-mobile combo.
2. 5G deployment will not hit scale consumer adoption in the next 12 months. This is likely to be due to a combination of a lack of handsets for consumers to take advantage of 5G connectivity; (US championed) security concerns around Huawei constraining kit supply &/or deployment plans; planning issues relating to the required upgrade of towers to utilise new 5G kit; and an affordability crunch, as MNOs struggle to develop compelling margin additive use cases.
3. And finally, the trends that will most shape the industry will perhaps revolve around a reshaping of the telecommunications value chain which will increasingly see the infrastructure side (pipes, wires poles, towers) splitting from the service and applications side. This will be driven by differentiated access to capital, differentiated skill sets and cultures to win and a continuing shift in the ‘ownership’ of the consumer.
About Connected Britain
David Crawford will be joining a panel discussion at Connected Britain 2019 on "Addressing the rural issue: connecting the hardest-to-reach". Held from the 18th-19th of June 2019, Connected Britain will bring together the key stake holders from the UK’s mobile and fixed line connectivity sectors. Click here for a full agenda and to find out how you can attend the event.
Share

DT gets boost from Sprint merger, but warns against German Huawei ban