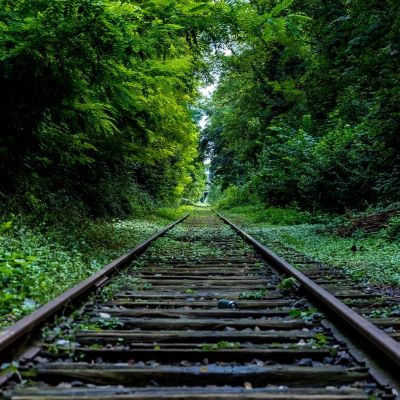 A new deal between Deutsche Telekom (DT) and Deutsche Bahn will see mobile network coverage on improved on train lines throughout Germany.
DT is aiming to cover the entirety of Deutsche Bahn’s rail network by 2026, a task that will involve the installation of around 800 new cell sites.
The railway network currently covers around 33,400 km, 7,800km of which are major routes that are used by all Intercity Express (ICE) trains as well as main Intercity (IC) trains.
DT said that it wants to provide these high-traffic routes with data rates of more than 200 Mbit/s by the end of 2024, expanding this coverage to over another 13,800km of the railway by the end of 2025.
For the remaining, less well-travelled routes, data rates of at least 100 Mbit/s will be provided by 2026.
Naturally, all of these installations will be continually upgraded in years to come to keep up with demand, with Deutsche Bahn noting that it would seek to improve the access to fibre infrastructure along its railway lines.
“The trains are not just a means of transport to our customers – they are an office, conference room, and place to relax all at the same time,” said Dr. Richard Lutz, Chairman of the Management Board of Deutsche Bahn. “To do all that, our passengers rightly demand that there be gap-free coverage with the mobile communications network. We are now laying the foundations needed to achieve this. This will make rail travel even more attractive. I am very proud that we have made this ground-breaking agreement with Deutsche Telekom.”
These improvements to mobile connectivity on the train network have been a long time coming. Back in 205, the government insisted that operators act to improve WiFi quality and access on trains by 2019, but there has been little improvement.
“We’re running late on this, I’m fully aware of that,” Timotheus Höttges, CEO of Deutsche Telekom, admitted to journalists at the press conference on Wednesday.
This deal could be the beginning of the end for poor connectivity on Germany trains.
“The time of ‘I have no network’ must come to an end,” said Minister for Transport Andreas Scheuer. “Mobile surfing and telephony must be possible everywhere and at all times.”
Improving connectivity across public transport is a growing priority for operators across Europe and beyond. Just yesterday, BAI Communications announced that it had won a major contract in the UK to supply the entirety London Underground service with a 4G mobile network by 2024.
How is the German telecoms industry changing? Join the experts in discussion at this year’s live Connected Germany event
Also in the news:
Vodafone UK begins commercial standalone 5G pilot
Huawei loses round two of 5G dispute in Sweden
London Underground to get mobile network as BAI prepares £1bn mobile boost
Share