The expansion of the National Telemedicine Network (EDIT) to 22 additional islands of the north and south Aegean was undertaken by the OTE Group and Intracom Telecom. This is a project of the Health Region of Piraeus & the Aegean (2nd Health Region), which will provide more islanders and visitors with equal access to ESY (National Healthcare System) health services that match those of Greece’s major hospitals, with the help of technology.

The updated National Telemedicine Network will incorporate in the next year Agathonisi, Agios Efstratios, Anafi, Antiparos, Arkoi, Donousa, Kythnos, Irakleia, Therasia, Thymaina, Kea, Kimolos, Koufonisia, Leipsoi, Serifos, Sikinos, Schoinousa, Telendos, Folegandros, Halki, Psara, and Pserimos. Of the overall 28 new telemedicine stations to be installed, 26 will be located at the island Health Centres, one at the EKAB (National Emergency Aid Centre) air medevac centre in Elefsina and one at the Detention Centre of Kos. 90 home monitoring systems will be created in the framework of the project for patients, whose transfer to the island Health Centres is difficult. EDIT is implemented, using the advanced technological equipment of Cisco.

After its expansion, EDIT will have a total of 71 telemedicine units, which will connect 52 islands of the Aegean with central hospitals of Attica and the district. This will digitally simulate the physical presence of the doctor in the place where the patient is located, and it will eliminate distances between the most remote islands and major hospitals, limiting thus pointless travel and air medevacs, while decongesting clinics.

The Minister of Health, Mr. Vassilis Kikilias stated: “From the very first day, I referred to our primary concern, the Patient. The expansion of telemedicine to 22 islands of the north and south Aegean manages to combine insularity, which is an advantage and term of national survival for us, with the integration of new technologies to all the infrastructures of health, which is our big goal for the creation of the 21st century’s ESY. In the Ministry of Health, we work daily, so that even more residents and visitors of our beautiful islands enjoy better and more qualitative health services”.

The Chief Commercial Officer, Business Segment, of the OTE Group, Mr. Grigoris Christopoulos, noted that “Technology can be an important ally in the Health sector, as well. The National Telemedicine Network is a characteristic example. In the hands of specialised doctors it will consist an important tool for the provision of health services of the same standards as those of major urban centres, even in the most remote islands. We are proud that though this project we are contributing in realising COSMOTE’s vision for a world, better for all”.

The General Manager of Services Business Division in Intracom Telecom, Mr. Nikos Velentzas underlined: “In line with our vision, to employ technologies to improve the quality of citizen’s life along with our vast experience in the implementation of telecommunications infrastructure & high-tech projects, we actively participate in the expansion of an important project that upgrades the image of the health system. Hospitals and medical staff, located in the islands and remote areas, have now the opportunity to gradually and efficiently expand e-health services using Intracom Telecom’s state-of-the-art technology".

Apart from telemedicine and telecounselling services, the National Telemedicine Network also offers real-time teletraining services for medical, nursing, and administrative staff. The creation and the expansion of EDIT are funded by the ROP Northern Aegean 2014-2020 and the ROP Southern Aegean 2014-2020 by the European Regional Development Fund (ERDF) and the European Social Fund (ESF).

How the National Telemedicine Network works

Telemedicine units are installed at island health centres and they interconnect them with large hospitals in Piraeus and other regions across Greece. Every unit consists of a specially designed booth, which is equipped with a high definition camera, monitor, and special medical instruments that transmit examination readings in real time. With all of this at their disposal, doctors on islands examine their patients and communicate with doctors-consultants at central hospitals, seeing each other at a 1:1 scale. Through the medical instruments that are interconnected with the platform, all examination readings carried out by the doctor/nurse-attendant are available in real time to the specialized doctor-consultant, who is participating in the examination from a remote location. During the examination, the doctor and patient have direct communication with no interference or delays in audio and video synchronisation. It is worth mentioning that the videoconference system in every booth, facilitates the interaction between the medical consultant and the doctor, favoring in this way the patient, as it allows seamless and direct communication of all participants, during the medical appointments.

The expansion of the National Telemedicine Network is the continuation of the project of the Health Region of Piraeus & the Aegean (2nd Health Region) implemented by the OTE Group in 2016, having as subcontractor Intracom Telecom.Upon the completion of EDIT’s first phase of development, 30 telemedicine stations were installed in health centres of Aegean islands, 12 in regional and central hospitals and one in the operation center of the Ministry of Health. The 30 islands already covered by EDIT are Amorgos, Andros, Astypalaia, Icaria, Ios, Kalymnos, Karpathos, Kasos, Kastellorizo, Kythira, Kos, Leros, Lemnos, Lesvos, Milos, Mykonos, Naxos, Nisyros, Oinousses, Paros, Patmos, Rhodes, Samos, Siphnos, Symi, Syros, Tilos, Tinos, Fournoi, and Chios.

So far, through EDIT, more than 4,500 “tele-appointments” have been held, 290 training seminars, while there have been more than 68,000 teleconferences on several issues, prompting the work of professionals in the Health sector. EDIT contributes significantly to the upgrade of Health services for islanders, as well as to the reduction of pointless patient travel and air medevacs to urban centres. The five most common examination categories carried out through telemedicine are child psychiatric, endocrinological, diabetic, psychiatric and oncological.

The 2nd Health Region of Piraeus and the Aegean is responsible for the the management of EDIT, securing its regular operation on a daily basis through the installed Help Desk in its premises. 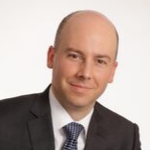 Crosslake Fibre: The importance of the subsea cable industry

The average UK viewer is watching more TV during lockdown