From Local To Global. How the World’s Most Used Subsea Cable Monitoring Software Grew From a One-Project Fix – To a Global Number One

UltramapGlobal sponsored and attended one of their industry’s most significant get-togethers, Submarine Networks EMEA, at London’s Business Design Centre early in 2022.

In the video accompanying this article, Mychael Owen, UltramapGlobal’s Brand and Marketing Lead, spoke about a number of key issues that have helped UltramapGlobal to become recognised around the world for how effective they are at protecting the world’s most important subsea cables – in every ocean of the world.

Mychael spoke about how AssetMonitor, UltramapGlobal’s software got ahead, and looks likely to stay ahead, too:

"The UltramapGlobal business is growing by around 20% year-on-year now. We can accommodate this, plus a little higher. That’s why we attend events like this so we can spread the word about the change we want to make.

And staying ahead, as well as getting ahead is, unusually, built into our overall journey.

Our software, AssetMonitor, is the world’s most used subsea cable monitoring software. Because it has more data than any comparable software. So it protects more thoroughly. And if you think about it, because customers are increasing, so too is the amount of data, and the protection gets ever stronger too. UltramapGlobal and AssetMonitor are in a strong position – globally. The growth is – to a degree – self-sustaining for as long as we manage to dramatically reduce strikes as we are now. We’re in front. And it looks like we’re staying in front, too."

And something that was not listed in great detail in the video, so we’ll list it here to help build the picture, focuses on UltramapGlobal’s actual data. These bullet points are important because they help explain why another new stand-alone brand has been created by UltramapGlobal as we move through 2022. And that brand is called, ‘UltramapGlobal DATA’.

– UltramapGlobal Monitoring Service has been ‘always on’ for over 100,000 cumulative hours.

– In response to alerts from AssetMonitor® UltramapGlobal’s monitoring team intervened with vessels on over 20,000 separate occasions in 2021.

– UltramapGlobal tracks and stores data for over 100,000,000 vessel movements per day.

– UltramapGlobal monitor assets in the busiest shipping areas in the world.

All of the above means that UltramapGlobal holds and stores more of this specialist data, enabling an ever-more-accurate understanding of the behaviours and likely future behaviours of the world’s vessels than anybody we know.

The video also addresses UltramapGlobal’s six service offerings, how the business has evolved over 14 years, and why the business changed its name in early 2022. 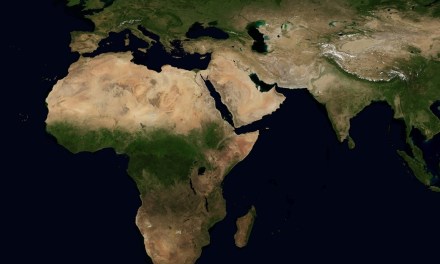 Orange Romania to gobble up rival Telekom Romania for €268 million