The company said its expansion of its New York foundry would allow for an additional 150,000 to be created per year

With the world still struggling under the weight of the ongoing semiconductor supply crisis, various chip firms around the world are announcing expansion plans to help reach soaring demand.

Now, the US-based semiconductor manufacturer GlobalFoundries has announced its current US expansion plans, which involve investing $1 billion into their Malta, New York, fabrication plant, as well as longer-term plans to launch a new fab at the same location. The new facility will create around 1,000 new jobs.

“Our industry is expected to grow more in the next decade than it did in the past 50 years and GF is stepping up to do its part as we work together to address the growing demand for technology innovation for the betterment of humanity,” said GlobalFoundries CEO Tom Caulfield. “We are honored to be joined by government and automotive leaders, national security experts, and our valued customers to continue the critical discussions needed to create a reliable supply of American-made chips to support the U.S. economy and national security.”

As alluded to by Caulfield above, there is a highly politicised element to this development, with the US government moving strongly to support the development of their domestic semiconductor industry, attempting to reduce their reliance on manufacturing facilities in Asia.

"As Majority Leader, I worked hard with companies like GlobalFoundries to craft and pass the bipartisan U.S. Competition and Innovation Act, providing $52 billion to expand the domestic semiconductor industry and supercharge the GlobalFoundries expansion of Fab 8 and building a new fab in Malta [in New York],” said Senator Chuck Schumer. “Today’s announcement is a win-win-win: a win for jobs in the Capital Region, a win for GlobalFoundries, and a win for U.S. government, automakers, and other critical industries that desperately need chips.”

Not all of this government support will be channelled back into the US directly, however. As its name implies, GlobalFoundries has global expansion plans, last month announcing the creation of a new $4 billion fab in Singapore, a well as a $1 billion investment to expand their existing operations in Germany. The Singapore fab is expected to begin production in 2023.

GlobalFoundaries was also in the news earlier this week , when chip rival Intel was reported as seeking to buy the chip manufacturer for around $30 billion. Such a move would not be out of character for Intel right now, with the company looking to expand its manufacturing capabilities globally and pledging to invest $20 billion in European semiconductor plants over the next decade.

However, these rumours have since been debunked by Caulfield, saying “there’s nothing to that story”.

Also in the news:
Spain’s 700MHz 5G auction completes without Masmovil
Orange France under fire for mishandling network outage
JioPhone Next: Google and Reliance Jio team up for $50 smartphone 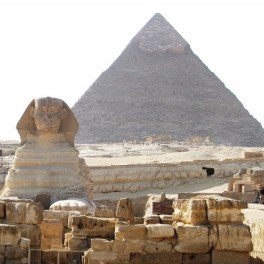