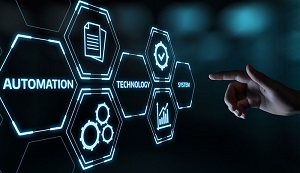 "Automation has a lot of implications concerning just how we are going to provide and support the communication and service needs moving forward. Operators will increasingly adopt automation technology in key areas. Software-defined Networking, open API and automation will play a vital role in this," said Glen Hunt, Principal Analyst, Transport and Routing/5G Core, at GlobalData, while speaking at the Huawei Better World Summit held from December 10-11, 2020. Hunt was presenting a talk on the importance of IP-based autonomous networks and what’s driving the continued evolution of the network and demand for services.

"One of the things we ask ourselves, especially during the COVID-19 pandemic, is which of these technologies will have the biggest impact on our end-users and the operator. Not surprisingly, 50% of people we surveyed spoke about automation, cloud, and cybersecurity being the biggest assistance they can get during the Covid era, along with 5G," Hunt said.

The same GlobalData study highlights that 47% of participants note that 5G will help in the transition by establishing a reliable infrastructure to build upon. More importantly, Covid-19 is expected to have a lasting impact on the network requiring cloud and additional automation.

Realizing the vast potential of automation

While automation has the potential to be a significant revenue driver for telecom operators across the world, Hunt pointed out that telcos will require programmable infrastructure to realize the full advantage of automation.

"The programmable infrastructure serves as the basis for enabling effective automation," Hunt said. "Without a programmable infrastructure, it’s tough to automate and build intelligence into a manual system. One of the things we see emerge here is that the network’s programmability is increasing or getting more granular, with more APIs at all different levels. These are being used to drive intelligence in an automated engine. This intelligence can then be used to automate functions, provide additional value add to the users, to the operators in terms of planning and how to move forward," Hunt said.

According to GSA and GlobalData, there are currently 122 5G commercial networks deployed in 49 countries worldwide. Global 5G users will reach 275 million by the end of 2020, and this number will further increase to 2.7 billion in 2025. The Asia Pacific region will be leading in terms of 5G technology adoption and the region will be home to nearly 60% of global 5G subscriptions by 2024, according to GlobalData.

This growth in mobile traffic is driving investment in the IP infrastructure. The mobile operators in the Asia Pacific region are set to invest over $400 billion on their networks between 2020 and 2025, and about $331 of this will be spent on 5G deployments, according to GSMA’s Mobile Economy series. The service providers in the region are investing in programmable networks, next-generation networks, network automation capabilities and the provision of new services.

According to a study conducted by TM Forum, when it comes to looking at the most significant returns on investments, it boils down to two areas—smart cities and Industry 4.0. "If we successfully implement automation in these two business areas, that’ll drive tremendous revenue growth on a global basis," Hunt said.

Another study from the Capgemini Research Institute has found that smart factories have the potential to add at least $1.5 trillion to the global economy by 2023 through productivity gains, improvements in quality and market share, along with customer services.

Using the network as a service/platform

According to Hunt, operators have to look at both the Network-as-a-Service (NaaS) and Network-as-a-Platform (NaaP) to enable innovation in the sector.

"This is interesting because it suddenly unlocks the innovation happening outside the operators, and if an operator can partner with these innovators and the services they are designing can run on the operator platform, then the new concepts such as smart cities and Industry 4.0 can really take off. Therefore, platform as a service is critical and justifies the need for programmable infrastructure and integrating intelligence through automation into the system," Hunt said.

While this situation offers excellent market opportunity and great technology for the operators, deploying end-to-end automation in the network is a daunting task. "One of the ways to fix this is by breaking these down into chunks or manageable domains—access, edge, transport, and core. The IP domain can be large and complex, meeting capacity and agility can be very challenging without the help of automation," Hunt said. Therefore, by virtue of this disaggregation, we can have a manageable problem to solve and help reduce complexity by focusing better.

Hunt believes that technologies such as SDN, higher bandwidth capacity, enhanced analysis and automation functions, and virtual network (VPN) will be the key to realizing the automatic driving of IP networks.

These autonomous driving networks, however, require high performance for edge routers. They also need data analysis and automation functions to improve network visibility and reduce operational complexity. Hunt pointed out that vendors such as Huawei have begun to provide the industry with high-performance 400GE data center switches. Combined with advanced network slicing technology, these products can provide IP networks with bandwidth isolation capabilities between different services. The bandwidth configuration can also be flexibly adjusted as needed. Virtual network technology can greatly reduce the burden on edge routers to better cope with the rapid growth of connection scale and switching capacity.

The other elements that are bringing all the pieces together in the technology, operational efficiency and intelligence areas include OSS integration capabilities based on the ideas of NaaS and NaaP, automated network management and control, fault detection capabilities, network business and infrastructure lifecycle management capabilities.

Hunt said all IP devices would have SDN capabilities in the future, and the application of automation is expected to become more extensive. He feels the entire ecosystem had played a vital role in propagating IP-based autonomous solutions. Some active services organizations, standards bodies, the industry forums, and vendors, Huawei in particular, have played a critical role in moving this technology forward, he said.

Huawei has a very prominent lead in autonomous driving networks, as per the report titled "WAN SDN Controller: Competitive Landscape Assessment" released by GlobalData in June this year. Huawei iMaster NCE won the championship with a comprehensive score of 27 points (out of 30 points) and was named the industry’s only leader for three consecutive times.

"The ecosystem is essential for reaching the top tier model where you have the operators and partners delivering rapid innovation and many new services. One of the things we’ve always dealt with is legacy software and hardware. In the IP world, we’ve always had interoperability at the protocol level, but now, with SDN and the ability to have different domains, we can start to do that on a multi-vendors basis."

With the participation of more and more ICT manufacturers, IP network autonomous driving has become the bedrock of innovation for the industry and is set to accelerate going forward. 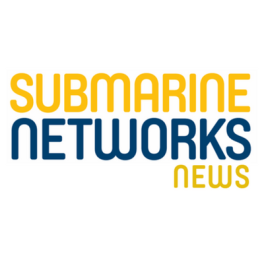 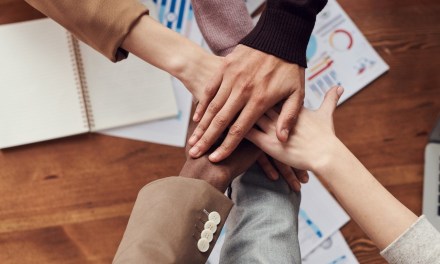 NTT DOCOMO, AWS and NEC collaborate on evolution of networks