GSMA: 3.8 billion people do not use mobile broadband

A new report from the GSMA shows that, despite 94% of the world being covered by mobile broadband, almost half of the world’s population still do not use it

In the past couple of years, the spotlight of the mobile telecoms world has been firmly fixated on 5G, from spectrum auctions to its often flashy emerging use cases. But while the latest generation of mobile connectivity is undeniably important, it is also vital to remember the extent to which much of the world remains cut off from mobile internet altogether.
In its latest State of Mobile Internet Connectivity report for 2021, the GSMA showed that global coverage of mobile broadband had improved to reach 94% of the world’s population in 2020, an overall improvement of 1%. Ultimately, this means that around 450 million people worldwide are still without access to 3G or better.
But while reaching this final 6% of the world’s population is clearly of immense importance, the report also showed that coverage alone is not enough. According to the data, 3.8 billion people – almost half of the world’s population – do not use mobile broadband, despite 3.4 billion of these having access to suitable networks.
Low- and middle-income countries that accounted for almost all the people not using mobile broadband. Main barriers to adoption were noted to be a lack of awareness of mobile internet and its benefits, as well as the affordability of both data and handsets. The coronavirus pandemic was shown to have a significant impact on the latter factor, having reduced per capita income across these countries.
4G coverage and indeed 3G coverage is still improving in these countries, reaching 84% and 92% coverage, respectively, by the end of 2020.
“Mobile is the primary and often the only way to access the internet in low- and middle-income countries. While more people than ever are now using the mobile internet, some fundamental barriers stop far too many people from using it”, said the GSMA’s chief regulatory officer John Giusti.
The GSMA has called for governments to take “targeted and collaborative action” to remove these barriers, in order to ultimately have a significant event on the global digital divide.
The full report can be accessed here.
Are telcos doing enough to help shrink the global digital divide? Find out how the experts are tackling his key issue at this year’s live Total Telecom Congress
Also in the news:
NTT Docomo enters electric power business, targets net zero emissions by 2030
The eye of the storm for telecoms: can increased marketing spend save the day?
Intense competition drives Vodafone to close all stores in Spain next year
Share 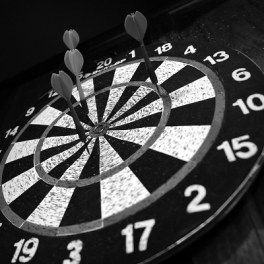