Analysis from IHS Markit shows revenues generated by the mission critical LTE ecosystem are set to increase across all major sectors to 2021. Leading the way is the utilities market, with 120% growth, followed by public safety, where revenues are set to double. Transport is predicted to see growth of 80%, just beating the 75% increase expected from the industrial sector.

The successful evolution of the LTE critical communications market is dependent on the incorporation of critical users’ specific requirements; features such as Push-to-Talk and Group Call which are not currently available on commercial networks.

Catalysed by TCCA, mission critical communications features and services have been a key priority of 3GPP in recent years, and have been specified and incorporated into 3GPP Releases since R13.

Work is progressing on the development of products and services, with an increasing number of manufacturers and commercial mobile operators entering the critical communications market. The second ETSI Mission Critical Push to Talk (MCPTT) Plugtests™ event was held earlier this year, where as well as voice, Mission Critical Data and Mission Critical Video interworking capabilities were tested for the first time. This work is expected to evolve as 3GPP takes more requirements from different sectors of the global critical communications industry on board.

“The growing appetite for broadband-enabled data applications, and the increasing possibility of spectrum allocation in many parts of the world, means that the market for private/hybrid broadband networks for LMR/PMR users will continue to expand across multiple sectors,” said Jesus Gonzalez, IHS Markit Senior Analyst, Critical Communications Technology.
“As a result, the critical communications industry will move towards a mix of broadband-capable network solutions such as private LTE or the various operating models possible with commercial and private LTE. It is unlikely that users will adopt broadband solutions to the exclusion of existing LMR/PMR, but adoption will be along the lines of a complementary service that allows users to communicate across LMR/PMR and cellular networks, depending on specific operational requirements.”

The figures include revenues from infrastructure, LTE Devices, Managed Services and System Integration.

Hybrid: Revenues attributed to data/PTT over LTE over a combination (hybrid) of private networks based on commercial cellular technology and public commercial cellular networks that have dedicated access enhancements for users.
Private: Data over private networks (100% privately owned infrastructure) based on LTE cellular technology.
For the latest updates on critical communications developments, please join TCCA at one of our Critical Communications Series of events – http://www.critical-communications-world.com @CritCommsSeries

In conversation with Nokia on “Gigabit Your Way” 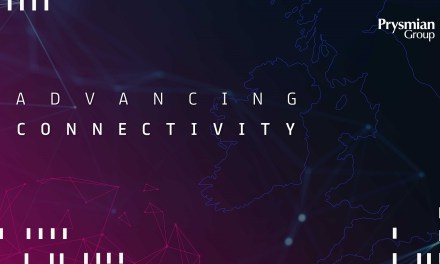