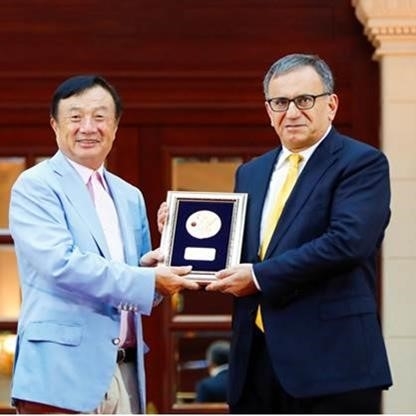 International tech giant, Huawei, has recognised the work of Dr Erdal Arikan, the inventor of Polar Codes for 5G, for his exceptional contribution to the field. Huawei also honoured more than 100 other scientists and industry pioneers in the field of basic research and exploration.

"5G standards are the result of a worldwide effort to drive progress in basic research and wireless communications technology. For these standards to take shape, it took more than 10 years of hard work from tens of thousands of scientists and engineers, along with dozens of companies around the world. We would like to express our sincere gratitude to Professor Arikan, as well as his peers in academia, fellow scientists, and Huawei employees who have all contributed to 5G," Huawei’s rotating chairman Eric Xu said at a glittering presentation ceremony in Shenzhen.

Huawei has been collaborating with academics in the field of polar codes since 2010, something which has helped to establish it as one of the leading players in the rollout of fifth generation mobile networks across the globe.

"The birth of 5G standards is only the beginning of a new journey," Xu added. "We will continue to work hard to ensure that 5G technology – including polar codes – creates greater value for society, and sooner. At the same time, we hope that the close collaboration between companies and the academia, like the one between Huawei and Professor Arikan, will continue, and give rise to more scientific marvels that drive the development of the ICT industry and society as a whole."

Huawei has invested heavily in research and development over the years and has recently reiterated its commitment to increase investment in basic research by earmarking 20-30 per cent of its annual $20 billion R&D budget to basic research alone.