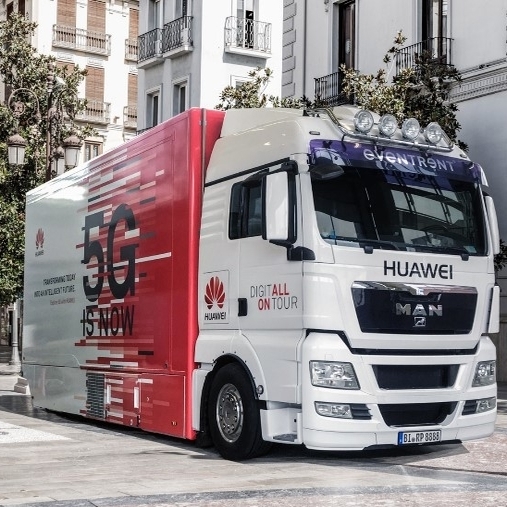 Connected drones and autonomous vehicles will be among the most important use cases that will drive the rollout of 5G, according to the Chinese tech giant

London’s Oval played host to Huawei’s 5G roadshow this week, with a series of live demonstrations and interactive exhibits on show in the company’s iconic 5G truck.

“The truck demonstrates our commitment to help build a better connected UK, based on a consistent R&D strategy, a portfolio of end to end products and solutions and cooperation with local partners. Expanding and evolving existing LTE network and their derivatives, together with exploring new vertical segments like enterprise and the Internet of Things (IoT) are the first steps in making 5G a reality,” said Jerry Wang, CEO of Huawei UK.

The event highlighted a number of key use cases that will drive uptake in 5G.

Connected drones will facilitate $254 billion of international trade by the year 2020, according to industry experts.

Speaking at a 5G showcase event in London on Wednesday, Huawei’s 5G principal engineer, Aleksandar Aydemirski, said that fully connected drones would have a transformative impact on the way the world does business.

During the event, Huawei showcased the test flight of a drone connected to its 5G core network. The drone contained a camera which streamed back live images from the drone to users wearing VR headsets on the ground – giving the VR users a 360-degree view of the capital.

Huawei believe that 5G will revolutionise the use of drones in our everyday lives, with drone taxis taking off as early as 2021.

Autonomous vehicles will be another key use case for the rollout of 5G, with an estimated 60.3 million smart cars connected to 5G networks by 2025.

"There are real savings to be made in terms of connected convoys of lorries. When a connected convoy travels with a distance of 4 metres between each truck, you can cut fuel consumption by around 8 per cent. However, with the ultra-low latency that 5G gives us, you can reduce the distance between each lorry to just one metre. That increases efficiency and pushes the total fuel saving up to 30 per cent," said Aydemirski.