IoT will be a cash cow for carriers 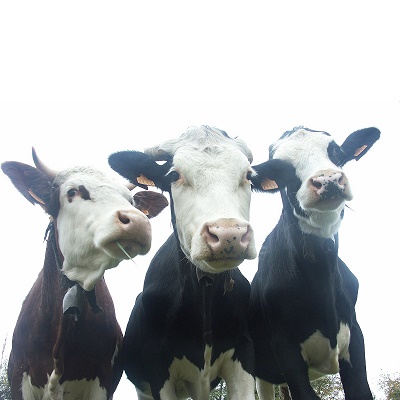 Telcos could generate $10 per connected cow per year, Huawei CEO suggests. Given the number of cattle out there, that’s a sizeable potential revenue stream

Telecoms operators will need to think creatively as they go in search of their next billion subscribers, which could well be bovine rather than human and could bring in sizeable revenue streams, according to Huawei.

The Internet of Things (IoT) will open up new opportunities for carriers to sell enhanced data services to a wide range of new subscribers, Huawei’s deputy chairman and rotating CEO Ken Hu said at the Chinese vendor’s Global Mobile Broadband Forum in London on Wednesday.

In north-western China dairy farmers are using smart collar technology to track everything from the grazing habits of their herds to the specific body temperature of individual cows. In doing so they are dramatically increasing milk yields and raising profitability, Hu explained.

"Every cow can now generate an additional US$420 per year, that’s a 50% increase for the dairy farmers. But there is money for the carriers too. Every connected cow is a new subscriber," he said.

In this scenario, carriers could sell everything to the farmers, from the collar itself to the data connection and the data analytics services.

"This solution can bring in $10 per cow, per year [for the carrier]. A connected cow is a cash cow," said Hu.

1 million cows were used in an initial trial but there is huge potential for carriers to "scale up and scale out" from this model, Hu said. In the U.S. alone there are an estimated 100 million head of cattle.

"Globally, this is a big business with 1 billion potential new subscribers at $10 per head," said Hu.

And the opportunity for carriers to monetise the provision of data services through their IoT service offerings is not limited to the agricultural sector.

"This is just one of the many opportunities out there. There are 20 million shipping containers in the world and there are 100 million new bicycles manufactured every year. There are 300 million LED street lamps and 1.8 billion water meters throughout the world. The opportunities are everywhere; the only limitation is our imagination," Hu said.