Kerlink (AKLK – FR0013156007), a specialist in solutions dedicated to the Internet of Things (IoT), today announced that its Wirnet™ iStation gateways are helping to power multiple LoRaWAN® networks in wind-energy parks, high above the North Sea in the Netherlands.

One of the LoRaWAN® gateways installed on the Borssele Alpha platform, managed by Dutch transmission system operator TenneT Holding BV, links 700 MW of offshore wind farms to the Dutch power grid. The LoRaWAN® network, which was deployed and is operated by SkyLab B.V., Kerlink’s partner in the Netherlands, enables a variety of safety applications, such as search and rescue (SAR) systems, life jackets with precision location capabilities, emergency-location beacons, and buoy trackers.

Skylab’s deployment is composed of outdoor industrial-grade LoRaWAN Kerlink Wirnet™ iStation gateways, embedding a unique new feature called “dual packet forwarder” that enables the orchestration of data transmission simultaneously on multiple LoRaWAN networks. This helps to increase connectivity in the North Sea area for all potential users – shippers, electricity providers and consumers, and businesses and area residents. Private, public, or commercial networks can thus run simultaneously. The ability to deliver data to different types of servers allows to flexibly adapt to different types of use cases and shows the capacity and versatility of Kerlink gateways to support network sharing with other infrastructures, as well as the possibility to add more densification with different gateways.

“This LoRaWAN deployment is unique because it serves multiple-user LoRaWAN® networks,” said SkyLab Director Remy de Jong. “It supplies IoT coverage to a challenging and sometimes harsh North Sea environment high above ground level on platforms and wind turbines. The result enables smart applications and all types of wireless sensors and devices where they have not been deployed previously.”

In addition to widely used IoT applications serving key vertical markets, the North Sea connectivity will support several safety applications, such as search-and-rescue operations, which are enhanced with SkyLab’s Emergency Location Beacon that speeds up rescue in “man overboard” situations. The applications also will enable climate and weather monitoring, and asset tracking, via gateways deployed

“This project with SkyLab demonstrates the continuously growing range of IoT deployments that can improve business efficiency, customer service and safety,” said Stéphane Dejean, Kerlink CMO. “And as with Kerlink’s previous projects in the Netherlands that are bringing cost-efficient LoRaWAN® connectivity with multiple benefits to new and existing business sectors, these applications will find new markets that want to deploy them, leveraging Kerlink IoT gateways’ proven performance, robustness, and reliability.”

These new Kerlink IoT gateway deployments extend a series of the company’s projects in the Netherlands. The most recent deployment was in the Port of Moerdijk, where a LoRaWAN® network was installed with SkyLab on a large wind farm in 2020. In addition to monitoring weather and sea traffic, it enables IoT connectivity to businesses and households in the port. In 2019, Kerlink gateways were installed in a joint deployment of a LoRaWAN® private IoT network at Amsterdam Airport Schiphol, one of the largest international airports in Europe. That network offers coverage in all public areas such as the arrival and departure halls, lounges, piers, and Schiphol Plaza, and in non-public areas such as the baggage basements and aprons. 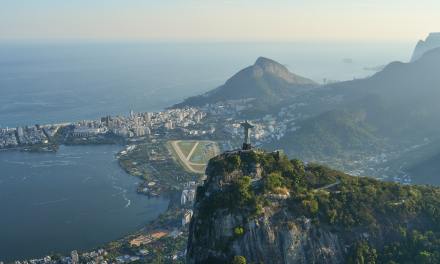