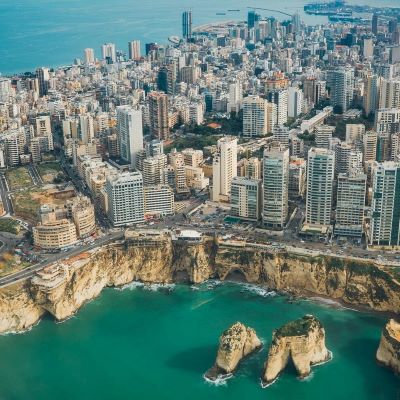 Lebanon has been going through a major financial crisis since 2019, the effects of which have only been exacerbated by the coronavirus pandemic. The value of the Lebanese pound has collapsed by around 90%, bankrupting the government and crippling the country’s electric grid, which is largely reliant on importing fuel and energy from neighbouring countries.

Naturally, this economic catastrophe has had enormous effects for the country’s telecoms industry, which have rapidly transformed from government-backed cash cows to skeleton operations struggling to keep their networks operational.

Back in October last year, with the country was rapidly running out of fuel, the Parliamentary Media and Communications Committee warned that the country’s telecoms networks were on the brink of complete failure due to a lack of power.

By January 2022, the situation was still dire, with the telcos “living day by day”, reporting that that they were having their expensive network equipment looted regularly and were unable to import replacements.

Fuel remained a major problem, despite the government signing various deals with Syria and Jordan to help address the shortage. Having once accounted for roughly 9% of operating costs for the telcos in 2018, securing fuel now constitutes roughly 60%.

Of course, in the last few years the telcos themselves have taken drastic cost cutting measures to try and provide some financial stability. Among other things, they have completely eliminated their marketing services, stopped providing additional added value services with third-party suppliers, negotiated lower rent at their physical locations, and frozen employee acquisition. In fact, roughly 20% of all employees at both mobile operators, Alfa and Touch, have already resigned.

All told, these cuts have served to reduce operating costs by around half in most cases; Touch, for example, reported that its operating costs had shrunk from $530 million to $254 million, with further cuts still to come.

But despite these drastic measures, the future of these operators was still jeopardy. With the crisis pulling at consumers’ purse strings, Average Revenue Per User (ARPU) for the mobile sector has plummeted to an all-time low, currently around just $1.2, compared to $26.2 prior to the crisis.

Combined with shrinking value of the Lebanese pound, and Touch made the equivalent of just $45.5 million in 2021, compared to roughly $850 million in 2018.

Relief for the sector finally arrived on May 20, with the government approving the operators’ request to hike up prices for consumers.

Tariffs had previously been pegged to the old exchange rate of 1,500 Lebanese pounds to the dollar, but the new rules would allow a switch to the flexible exchange rate of the Lebanese central bank’s Sayrafa platform. All subscriptions are to be paid in dollars, with customers told to calculate their new rate by dividing their existing package by three and multiplying it by the Sayrafa rate (now around 29,000 pounds to the dollar).

In effect, most mobile customers will be billed around five-times what they were previously paying for mobile data, while fixed line customers can expect a 2.5-fold increase in costs from state-run broadband provider, Ogero.

These price hikes went into effect last Friday, 1 July, with customers and digital rights organisations already launching complaints, saying that many people will simply be priced out of mobile services.

“Lebanon will become a place where no one will be able to use telecoms except those who are privileged,” explained Mohammed Najem, co-founder of Beirut-based digital rights organisation SMEX to The National. “The prices have increased at least five times what they were. A lot of people can’t afford these prices, which means many people will either use much less internet or they will go totally offline.”

Until some lasting solutions can be devised for Lebanon’s economic crisis, it seems the country’s telecom sector will continue to just barely cling to life, at least for the short term.

Want to keep up to date with the latest developments in the world of telecoms? Subscribe to receive Total Telecom’s daily newsletter here
Also in the news:
Planes, trains, and automobiles: Starlink gets FCC greenlight for moving vehicle internet
KDDI network outage hits almost 40m people
TIM to shift almost half its Italian staff into NetCo
Share

Huawei and Airtel showcase 5G use cases in India