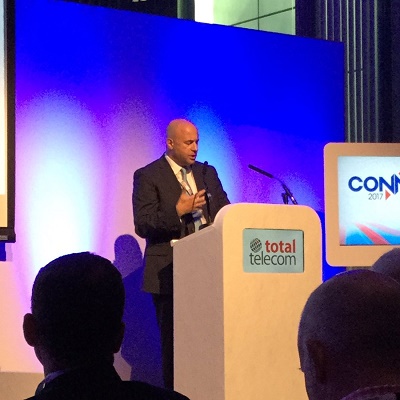 Labour peer says 10 Mbps Universal Service Obligation is only viable for a small window in time.

A leading Labour peer on Thursday expressed concern that the U.K.’s competitive position, already at risk due to Brexit, could slip further if the government is not more aggressive about deploying ultrafast broadband.

In a keynote at Total Telecom’s Connected Britain event in London, Lord Mendelsohn, shadow minister for business, energy and industrial strategy, and shadow minister for international trade, singled out the 10-Mbps Universal Service Obligation (USO) as displaying a lack of ambition.

"If you only have an aspiration to set the USO at a level sensible for only a small window in time, you are in a race to the bottom of the digital league table of nations," he said.

Lord Mendelsohn sits in the House of Lords, the upper house of the U.K. parliament. In February, he proposed amending the USO – which is included in the Digital Economy Bill – to 30 Mbps. The House of Lords voted in favour of the amendment, but it was rejected by the government.

Matt Hancock, minister of state for digital and culture – who opened day one of Connected Britain – instead opted to require telco watchdog Ofcom to review the USO once 75% of U.K. households have subscribed to at least 30-Mbps broadband. The Digital Economy Bill was passed in late April.

In addition to the Digital Economy Bill – which not only includes the USO but covers automatic compensation for broadband outages, and changes to planning laws to ease infrastructure deployment – the government also plans to establish a £400 million Digital Infrastructure Investment Fund, and a £16 million 5G test facility.

This is not good enough for Lord Mendelsohn though.

"We are deeply, deeply concerned that the U.K. government’s ambitions are too weak, and we are falling backwards," he said.

And with the U.K.’s exit from the European Union looming, Lord Mendelsohn urged the government not to use Brexit as an excuse to avoid setting broadband targets that are at least as ambitious as those set by the EU, which requires every place of work, study, and institution to have 1-Gbps broadband, and for every household to have at least 100-Mbps broadband that is upgradeable to Gigabit, by 2025.

"As we look towards post-Brexit Britain, enhanced connectivity will have to be at the heart of our balanced, productive economy," he said.

"We are strongly committed to pressing for a more assertive policy on ensuring a full fibre future," he continued, insisting that only full fibre "can deliver economic and social benefits to all citizens."