Last week I found myself wandering around the magnificent St Kinga Cathedral in Krakow, Poland. Set 135 metres below ground in a working salt mine, St Kinga’s chapel is a marvel of human ingenuity and a testament to what can be achieved when society commits to deliver on a project.

The chapel began as a place of worship for miners in Southern Poland and has been expanded numerous times to become a seriously impressive piece of architecture in its own right – it was even visited by Pope John Paul II, the former Bishop of Krakow, on numerous occasions.

Carved out of the salt deposits which fuelled the region’s economy for hundreds of years, the cathedral is adorned with a plethora of beautiful sculptures, chandeliers and other sumptuous ornaments.

The main chamber at St Kinga’s Cathedral in Krakow, Poland

There are many reasons to be impressed by St Kinga’s Chapel – from the copious amounts of ostentatious bling on display, to the sheer scale of the Cathedral itself, St Kinga’s is a really impressive feat of human engineering.

For me, however, the most impressive feature of this subterranean basilica, is that 135 metres below the earth’s surface, encased by millions of tonnes of salt rock, parishioners can access state of the art connectivity.

The 700+ steps down to St Kinga’s Chapel make changing lines at Bank seem like a doddle.

Initially, I thought that my mobile connection to the world above was a result of divine intervention – but no. It turns out that certain points of Krakow’s Wieliczka salt mines are connected by WIFI and there is even talk of upgrading to 5G connectivity in the years to come. Which brings us directly to the subject of today’s Friday Review – Subterranean connectivity.

Transport for London (TfL) has today announced plans to connect its entire Underground Tube network to 4G by the mid-2020s. The eastern portion of the Jubilee Line will be the first to be connected, with the first sections gaining 4G connectivity by March 2020.

Anyone who has visited Paris, Rome, Berlin or Barcelona recently will already know that London lags waaaaaay behind its European neighbours for connectivity on its transport systems, so while this is undoubtedly good news for commuters, part of me wants to say to TFL: it’s about bloody time!

The first part of the Jubilee Line to be connected will be the stretch between Westminster and Canning Town, but will exclude London Bridge and Waterloo East (because who ever uses either of those stations, right?!).

The project will require 2,000km of fibre cabling, with most of the engineering expected to be done during the night, in an attempt to reduce impact on commuters.

Undoubtedly, TfL will have its work cut out on this project, with London boasting the oldest underground rail network in the world, offering comprehensive 4G coverage across the network will be no mean feat.

“The challenging environment of the London Underground does not make it easy to deploy connectivity when compared to more modern metro systems, but the technology does exist to achieve reliable connectivity now. A fully established 4G network will also provide the network foundations that can be built on for 5G connectivity in the future, providing longer term benefits to Londoners," explained Ingo Flomer, VP Business Development & Technology at Cobham Wireless.

“The Underground is a key element in London’s transport infrastructure, and deploying 4G is not just a question of keeping passengers connected, but also keeping them safe. The 4G network should support communication between emergency services teams, something which should be a priority for TfL, and considered alongside connectivity solutions for passengers. The reliability and security of network equipment is crucial to achieving both.”

So while China is busy connecting its fleet of modern metro stations to its 5G networks, the task of comprehensively connecting London’s legacy transport system to 4G is actually an equally taxing task.

Full marks to TfL for finally getting around to this – while it is a long overdue step towards a truly connected society, we should not underestimate the scale of the task ahead.

In terms of timescale, TfL has only committed to "the mid-2020’s" as a completion date for comprehensive 4G coverage on the Tube. So, by 2025 will you be better connected on the London Underground or in a subterranean Polish cathedral: God knows! 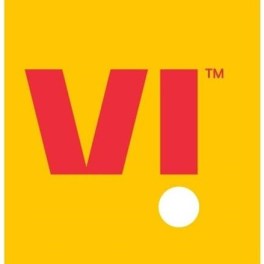