HYLA Mobile, the world’s leading provider of software technology and services for mobile device returns management and reuse solutions, today revealed that following a volatile first half of the year, mobile device trade-ins are back on the rise. According to HYLA’s Q3 2020 trade-in trends insights, $569 million was returned to U.S. consumers thanks to mobile device trade-in programs—an increase of 153% compared to last quarter ($225 million). For the first time, HYLA has also shared its data on trade-ins of wearables during Q2 and Q3 of this year.

Smartphones were not the only device to show an increase in trade-in value in Q3. The average value of an Apple Watch at trade-in was $93.34, compared to $83.61 in Q2—a demonstrated rise of 12%.

"In Q2 we revealed the impact the global pandemic had on the secondary device market, and we’re pleased to see that our latest data demonstrates that the market is recovering," said Biju Nair, President & CEO of HYLA. "Trade-in values have steadily grown over the last six months and the money returned to U.S. consumers more than doubled in the last quarter. This all points to a strong secondary market. The rise in value of both smartphones and wearables shows there is a demand for pre-owned devices, and savvy operators, retailers and OEMs are promoting trade-ins as a way to sell more new handsets to recoup lost revenues due to the pandemic—not only a win for them, but for consumers too."

HYLA releases data on mobile device trade-in trends on a quarterly and annual basis. By combining live market data with data from its analytics platform HYLA Device IQ, the company reveals trends on the trade-in value of devices, the top traded smartphones, as well as the average age of smartphones at the point of trade-in.

When it comes to smartphone trade-ins, HYLA’s data reveals that:
• The five most traded devices in Q3 were iPhones. The iPhone 7 was the top traded device during the quarter, followed by the iPhone 8, iPhone 8 Plus, iPhone 7 Plus, and iPhone X
• The iPhone 7 was the top traded Apple device for the seventh quarter running. The Samsung Galaxy S9 replaced the Samsung Galaxy S7 as the most traded Android device in Q3. The Samsung Galaxy S7 had reigned as top traded Android device for nine consecutive quarters, from Q1 2018 – Q2 2020
• The average age of a smartphone at trade-in was 3.21 years (up from 3.13 years in Q2). The average age of an Android device was 2.84 years, while the average age of an iPhone at trade-in was 3.39 years
• Online device trade-ins rose 4.5% over last quarter and a staggering 170% over the same quarter last year

Highlights from HYLA’s trade-in data for wearables include:
• The average value of an Apple Watch Series 5 at trade-in was $207.11 in September, up 8% from the last month of the previous quarter
• The average trade-in value of each series of Apple Watch rose throughout 3Q and ended with a higher value then where it was at the beginning of 2Q

"We usually see a spike in trade-ins during Q3 due to the release of new iPhones, but with Apple’s launch event delayed to October, the rise in trade-ins this quarter can’t be attributed solely to that," added Biju. “Trade-ins were the only ancillary service mentioned at the Apple event and, with that being said, we’re excited to see the impact from the launch of the iPhone 12 on next quarter’s data. Whether consumers prefer Android or Apple devices, they have plenty of choice in 5G phones. With an upgrade super cycle on the horizon, we’re expecting trade-ins to boom over the next three months and beyond." 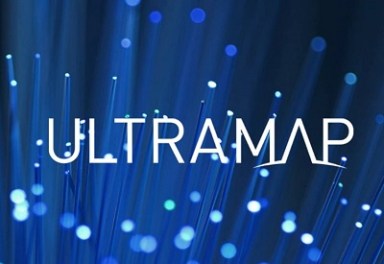