More than £500 million of streaming revenue will be lost due to poor broadband, new data shows

New modelling data from FarrPoint, the consultancy specialising in digital connectivity, has found that poor broadband connection in the UK will deny more than £546 million in revenue for streaming providers over the next 15 years.

With the minimum requirement to stream video according to Ofcom being at least 10 Mbps, and ONS data estimating that there are currently more than 180,000 households in the UK that have poor or no broadband at all (approx. 0.7% of all households), streaming services including Netflix, NOW TV and Amazon Prime stand to lose out on millions.

These companies are missing out on potential revenue from households across the UK. Data from Ampere Analysis suggests, there are currently more than 32 million people using streaming services to watch content, with lockdown sparking a rise in subscriptions. FarrPoint’s figures highlight how much of a difference an increase in broadband speed for a small proportion of the population could make to the bottom line of streaming services.

Following Netflix’s recent announcement that it will be allowing users to stream video games for free, FarrPoint’s figures also reveal that potential additional revenue extends beyond streaming services. Further calculations show that an additional £50 million in the online gaming sector, and other sectors, including online advertisers and retail, are similarly missing out on potential customers as a result of poor broadband.

Dr Andrew Muir, CEO of FarrPoint said: “The debate around who is responsible for the quality of broadband in the UK has played out for a long time – is it the Government, the telecoms companies that put the infrastructure in place, or the organisations that deliver their services through broadband connections? The pandemic has shown the breadth of issues that poor broadband can cause; from students not being able to attend online classes and home working issues, to obstructed access to medical and food supplies so something needs to be done to avoid these issues.

“Our data ultimately highlights the hidden costs of poor broadband connections to organisations that rely on the infrastructure to operate – and the massive gains that could result by supporting the small proportion of the population that are currently missing out. It’s important that those parties with an interest in resolving this issue, such as Netflix, Disney+, NowTV and Amazon Prime, work closely with the government, telcos and the wider connectivity sector to plug this gap and ensure the delivery of fit-for-purpose broadband connections in order to bridge the ‘digital divide’ before it’s not just our favourite box set that we stand to lose out on.” 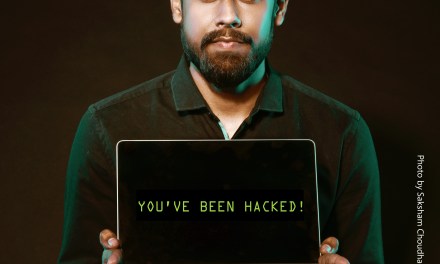 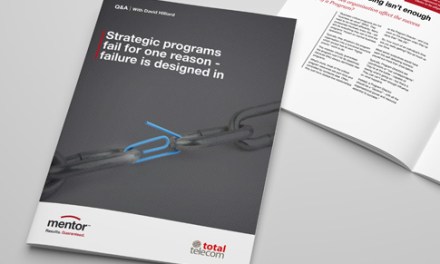 Strategic programs fail for one reason – failure is designed in