neutrality.one chooses datamena as a global hub for delivering Network as a Service to enterprises

datamena, a digital hub for global transformation, has been selected by neutrality.one, a cloud networking company delivering software-defined infrastructure, to deploy a point of presence (PoP) in its Dubai facility. neutrality.one will use its PoP in datamena as a global hub for providing software-defined networking (SDN) services to its enterprise customers in Asia, the Middle East and Africa.

datamena hosts an ecosystem that includes more than 205 partners, made-up of carriers, hyperscalers, cloud service providers, and enterprises. neutrality.one benefits from seamless access to world-leading businesses in Dubai with the option to connect to datamena’s hubs in Marseille, France and Mumbai, India.

“datamena offers a rich ecosystem of local and global partners that will enable neutrality.one to rapidly develop and grow its business across MENA and around the world. We look forward to supporting neutrality.one as it delivers flexible and highly scalable networking that enables optimised end user experiences,” said Abou Moustafa, Vice President of Managed Services, Broadcast and datamena at du. “In a world that is transforming it is critical to have a foundation that is built on collaboration and partnership. Success in global transformation depends on having a partner ecosystem that can support your digital journey.”

“neutrality.one has chosen Dubai as its home and datamena was a natural choice for our first point of presence in the Middle East. It gives us immediate access to world-leaders in cloud, networking and digital innovation,” George Szlosarek, CEO at neutrality.one. “Our work with the team at datamena is a critical step forward for our organization and gives us a launch pad for serving enterprises across the Middle East, Africa and Asia. As datamena grows globally, we look forward to taking this journey together.”

datamena is focused on removing the complexity from global digital transformation and enabling organisations of all sizes to optimise and deliver applications and services. Since its launch in 2012, it has remained committed to partner success and has been recognised for its achievements with Best Data Centre Innovation and Best Middle East Project awards at the Global Carrier Awards 2019. 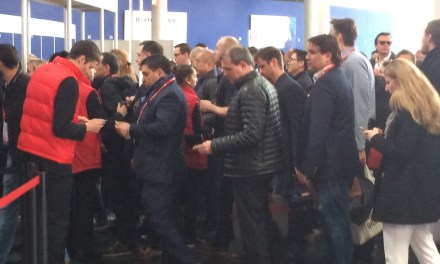