With just five days to go until Joe Biden is inaugurated as President of the United States, current President Donald Trump continues to deal further blows to China, further expanding his investment blacklist to include nine new Chinese firms, including phonemaker Xiaomi.

Back in November, President Trump signed an executive order banning US companies from investing in Chinese companies that the Department of Defense had designated as having ties to the Chinese military. So far, this list also includes Huawei, as well as oil giant CNOOC and China’s largest chipmaker Semiconductor Manufacturing International Company.

The creation of the list was actually mandated by law back in 1999, but compilation process only began in 2021.

Alongside Xiaomi, the other standout entry for this latest batch of sanctioned companies is Comac, a planemaker that had planned on taking on Boeing and Airbus in the US market.

American investors will have until November 11th 2021 to divest their holdings in the blacklisted firms.

Of course, this is difficult news for Xiaomi, though the immediate implications for their financial situation are unclear. The company has grown rapidly in recent years, becoming the world’s third-biggest smartphone brand last year, behind only Samsung and Apple. The Chinese firm will hold out hope that this action taken in the death throes of the Trump Administration will potentially be overturned by the incoming Democrat Joe Biden. However, given Biden’s previously tough stance on China, as well as the political turmoil in the US itself, it seems unlikely that this order will be reversed in a hurry.

President Trump seems determined to deal as many blows to China as he can before he leaves office. In the first week of 2021, an executive order was signed banning a number of Chinese apps on the grounds of national security.

Also in the news:
What are UK operators doing to support their customers during the COVID-19 pandemic?
Australian govt may step in to stop Chinese companies buying Digicel
Huawei distances itself from Uighur-identifying tech patent

phone.systems™ 2.10 has been released by DIDWW 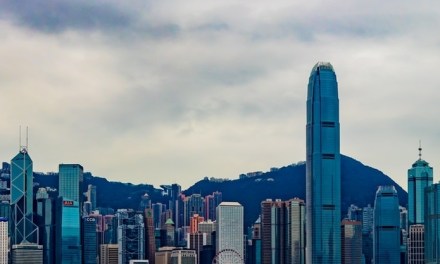