A consortium led by NJJ Telecom Europe (“NJJ”), part of NJJ Group, the private investment firm of telecoms investor and operator Xavier Niel, has agreed, alongside Iliad SA (“Iliad”), a fully integrated operator in France with nearly 20m subscribers, to acquire a majority of eir, the Irish telecommunications and broadband business, at an enterprise value of approximately €3.5 billion. eir is currently owned by an investor group including Anchorage Capital Group, L.L.C, Davidson Kempner Capital Management LP, GIC and management. eir had revenue of €1.3 billion and earnings before interest, taxation, depreciation and amortisation of €520 million in the financial year to June 30, 2017.

The transaction, which is expected to complete in the first half of 2018, will see substantial investment to deliver better services for eir’s customers and will benefit Irish business and consumers alike.

The acquiring consortium comprises:
– NJJ, which will own 32.9% and is the investment vehicle of Xavier Niel, one of France’s most prominent business leaders and an investor in telecommunications and technology ventures for 25 years;
– Iliad SA, a French telecommunications company, listed on Euronext which will own 31.6%. Xavier Niel is the founder of and owns 52% of Iliad where he serves as Deputy Chairman and Chief Strategy Officer. Iliad is the parent of Free, which had nearly 20m subscribers at September 30 (13.4m mobile and 6.5m broadband). It had a market capitalisation of nearly €12 billion in December 2017. Iliad has also been granted a call option by NJJ, exercisable in 2024 and enabling Iliad to acquire 80% of NJJ’s stake in eir (i.e. 26.3% of eir’s capital).
– Shareholders Anchorage Capital Group and Davidson Kempner will retain a combined 35.5% share in the company, respectively 26.6% and 8.9%.

Xavier Niel, Iliad and NJJ Telecom Europe, said: "eir is an essential part of the Irish economy and we have closely followed its transformation over the last five years through the excellent work of its team. We are a long-term investor in the telecoms sector and bring global knowhow to eir. In our businesses in France, Monaco and Switzerland we have consistently delivered investment in infrastructure, while driving down prices for consumers. We are delighted to partner with Anchorage Capital and Davidson Kempner and are looking forward to working with the talented eir team to bring more innovation and choice to Irish consumers. We want to invest for the future of Ireland and hope to work closely with the Irish Government and ComReg to ensure that people across the country have access to world-class super-fast fixed and mobile broadband".

Carl Leaver, Chairman of Eircom Holdings (Ireland) Limited, said: “Today marks an important milestone for eir, our customers and indeed for Ireland itself. Iliad and NJJ Telecom Europe bring a wealth of global telecommunications experience which will be of huge benefit to eir and its customers. Coupled with the continued involvement of our existing shareholders, Anchorage Capital and Davidson Kempner, the company is well positioned to continue its operational transformation, underpinned by sustained investment, innovative products and services and improved financial performance”.

Kevin Ulrich, CEO of Anchorage Capital Group, added: “We are pleased to work with Xavier Niel and the world-renowned telecoms investment team at Iliad and NJJ Telecom Europe, who have achieved strong results across Europe. We are confident that their expertise and long-term investment approach will bring significant benefits to the people of Ireland.”

The transaction is conditional upon the satisfaction of certain conditions, including obtaining EU Commission Competition clearance from the European Commission, Media Merger consent from the Minister for Communications, Climate Action and Environment in Ireland and Broadcasting Authority of Ireland consent. The transaction is expected to complete in the first half of 2018.

Separately, Richard Moat has announced his intention to step down as chief executive officer upon the completion of the transaction. NJJ, together with the current shareholders, have extensive experience in building management teams in the telecommunications industry and this will ensure a smooth succession process.

NJJ and Iliad were advised by Lazard Frères, Paul Hastings LLP, A&L Goodbody, Goodwin Procter and KPMG. In addition, Iliad was advised by Société Générale and Bredin Prat; the independent members of the Board of Directors also received independent advice on the transaction.

eir was advised by Arthur Cox.

“What’s the alternative?” Boris Johnson speaks out on Huawei 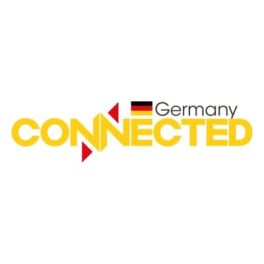 From fibre to 5G: Building a Connected Germany