New research published by Ofcom suggests that millions of UK consumers could get faster internet speeds without paying more, simply by switching provider

New research published by Ofcom shows that while 94 per cent of UK homes and businesses can now get superfast broadband services, less than half of them have so far taken up the offer.

Ofcom’s ‘Boost Your Broadband’ campaign will help to raise awareness among the general public about the availability of superfast, ultrafast and hyperfast services in a particular area.

Consumers will be able to use an online database to search for the fastest broadband services available in their area, by simply inputting their postcode.

Boosting connectivity speeds for consumers and businesses remains a key priority for the UK government and the launch of Ofcom’s new campaign was greeted with approval by the UK’s Digital Minister, Margot James.

“Our rollout of superfast broadband is reaching thousands more homes and businesses every week and millions of people across the UK can now enjoy the clear benefits that superfast broadband provides. This is a welcome, positive step by Ofcom and I urge people to visit the website, check what services are available in their local area and then see if they can get a better deal," she said.

The campaign has also drawn support from the UK’s consumer rights champion, Gloria Hunniford OBE, who said that the campaign had the power to revolutionise connectivity for millions of people across the country.

“Millions of people could boost their broadband in the run-up to Christmas, when lots of families really need the internet. So I’m encouraging people to visit the new website, which offers independent advice on how to get the best deal and possibly a faster service from your broadband company, with a single phone call,” she said.

Vodafone goes underground in its search for better 4G connectivity 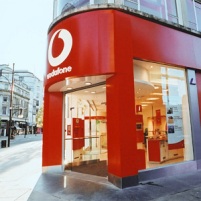 Vodafone shares jump on back of pandemic data demand

Intelsat plans to restructure its way out of bankruptcy