The Wireless Broadband Alliance (WBA) today announced that the number of OpenRoaming™ hotspots has passed 1 million worldwide. This milestone is the latest example of WBA OpenRoaming’s success in providing Wi-Fi users seamless and automatic network access, enterprise-grade security and — with Wi-Fi 6 & 6E— a carrier-grade Wi-Fi experience across multiple locations.

WBA also announced Release 3 of OpenRoaming, launched today, which will make the business and commercial aspects of roaming easier than ever before and importantly, cut back on hundreds of hours of legal and administrative time when establishing roaming settlement agreements.

WBA OpenRoaming enables enterprises, device OEMs, service providers and others to offer business users and consumers automatic, secure, friction-free access to Wi-Fi. It offers flexibility to support a variety of biz models and quality of service suitable for their customers. Launched in May 2020, the OpenRoaming platform was developed as a global solution based on a common set of standards to bridge the gap between cellular and Wi-Fi, offering users frictionless connectivity as users roam between guest Wi-Fi networks and public Wi-Fi hotspots, as well as from cellular to Wi-Fi.

OpenRoaming enables venues to get their patrons connected seamlessly and quickly. It removes hurdles to get users onboarded and increases opportunities for engagement. The OpenRoaming standard frees users from the need to constantly re-register or re-enter log-in credentials and provides performance guarantees and quality of experience (QoE) capabilities as users roam between different public/private Wi-Fi realms.

OpenRoaming also helps enterprises ensure a gold standard of privacy and establish a high bar of security. It ensures a strong bar of security as a baseline. This is a major benefit for users and enterprises alike and an improvement from connecting via open and unsecure networks. In an era of hybrid work/play culture, secure Wi-Fi networks are paramount to combating the growing threat of hacks, scams and espionage. For example, all 24 Adventist Health hospital campuses now use OpenRoaming so staff and visitors can connect seamlessly and securely to the Wi-Fi network without additional training or needing to enter login credentials. This saves doctors and nurses valuable time and ensures that staff, patient and visitor data goes over a secure, private Wi-Fi connection.

OpenRoaming – Release 3
Release 3 includes a significant improvement on the legal and commercial framework providing the ability to implement a new templated approach, making commercial arrangements between federation members simpler and easy to scale. Dynamic settlement capabilities make it possible for rate variations to be varied at peak times.

In addition, Release 3 has been enhanced to include automated tools, reporting and API’s to significantly reduce the overhead for management and administration of an OpenRoaming network, while providing an online portal for federation members to self-serve. Enhanced Identity Proofing has also been enabled so that identity providers are able to meet regulatory and legislative requirements as well as corporate and business needs.

“But this milestone is just the beginning. We expect to see even more types of locations adopt WBA OpenRoaming, including hotels, cafés, trains, planes and connected cars. In fact, in our most recent cross-industry survey, 40% of businesses said they have implemented Passpoint/OpenRoaming or plan to do so before the end of this year. Wherever you work, live and play, OpenRoaming will be there.”

Further developments on OpenRoaming will be announced this year with the next release of the standard. 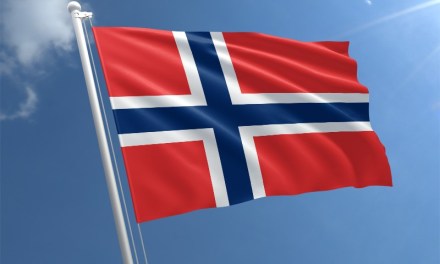 Telia steps up its move into the Norwegian market with $2.6 billion TDC acquisition