With more permutations than ever to test in the mobile market, app teams benefit greatly from adding simulators and emulators to their strategy. Not only are these virtual platforms fast, but they also enable teams to practice shift left testing to test mobile apps earlier in the cycle.

Simulators and emulators are the preferred platforms for certain types of testing, and utilizing them helps teams maximize coverage without needing to rely on real devices in the early stages of development.

“Simulators and emulators work best when used early, and they complement real devices used later in the cycle. Our beta program for virtual platforms in the Perfecto cloud was a success. Customers strategically combined real device testing with emulators and simulators as part of their test pyramid activities throughout the development cycle, which allowed them to maintain app quality while speeding up testing at scale,” says Eran Kinsbruner, Chief Evangelist of Perfecto by Perforce.

Virtual devices can be a valuable addition to any team’s mobile app testing strategy, as emulators and simulators are lauded for their speed. However, when used alone, teams run the risk of escaped defects, as many defects can only be caught on real devices. Perfecto enables teams to test on both real and virtual devices in its testing cloud, which enables teams to test smarter and release faster, with fewer escaped defects.

By combining both virtual and real platforms within the Perfecto testing cloud, teams can achieve higher levels of test coverage, while testing faster and releasing high-quality apps. Using both real and virtual platforms enables teams to test earlier and more often, allowing them to release faster with fewer defects.

“Simulators and emulators are an important addition to Perfecto’s robust portfolio of app testing offerings. As an industry leader in app testing, we know that the demands of today’s diverse mobile device space require teams to move faster than ever, while still providing exceptional digital experiences. Virtual platforms, when combined with real devices, allow our customers to release quicker than ever before,” says Tim Russell, Chief Product Officer at Perforce.

To learn more about testing with virtual platforms, register for Perfecto’s upcoming webinar on July 22: How to Create a Risk-Based Testing Strategy With Simulators, Emulators, and Real Devices.

Leader of Change: Freedom to Program, Adapt and Innovate

UK PM set to give Huawei the greenlight on 5G 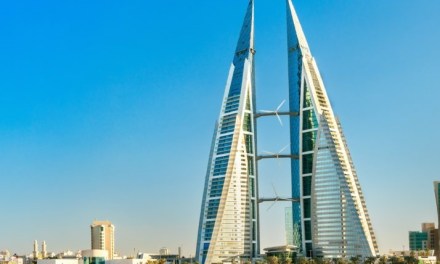