Stormshield, one of Europe’s leading players on the cybersecurity market, announces the appointment of Pierre-Yves Hentzen to the position of acting CEO, following the departure of Pierre Calais, who contributed nine years of unwavering commitment to the Stormshield adventure.

Pierre-Yves Hentzen has a thorough knowledge of the company, its offering, its organisational structure, and its markets. As part of his new role, he will pursue the previously implemented development strategy and ensure continuity with regard to the commitments made to customers and partners.

Combining financial, managerial, and entrepreneurial expertise, Pierre-Yves Hentzen’s career began at DDF Identis, where he became head of accounting services in 1989. In 1993 and 1994, he co-founded Apex and Medical Universal (digital radiography systems) and managed the administration and finances of these companies while conducting financial controlling missions for Lamoral.

Pierre-Yves Hentzen joined Arkoon in 2001 as the Chief Financial Officer and member of the board, a position he retained in the 2013 Arkoon-Netasq merger. He was appointed Deputy Chief Executive Officer in 2015 before being named Chief Executive Officer of Stormshield in 2017. With degrees in accounting and business management from EM Lyon, Pierre-Yves Hentzen is also president of the Auvergne-Rhône Alpes DFCG (the French National Association of CFOs and Financial Controlling Directors).

Pierre-Yves Hentzen, CEO of Stormshield, said: “My course of action will be to maintain the stability, consistency, continuity, and strategic direction of Stormshield’s activities. Along with the management team, I will strive to ensure the development of a unique, competitive offering that is suited to our customers’ growing needs while expanding our distribution network, which is one of the company’s most valuable assets.” 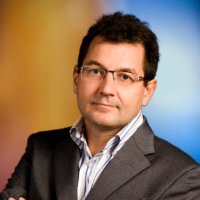 EllaLink: Next generation connectivity between Europe and Latin America

Idea merger can’t come quick enough for Vodafone, as it suffers a big hit to its Indian revenues