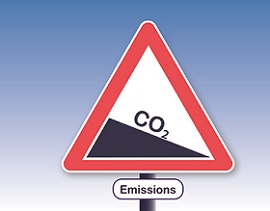 Given the pace at which global warming is impacting climate change, countries, cities, regions, and even companies can help slow down climate change by pledging to be net carbon neutral

There is a great imbalance between the amount of greenhouse gases that we release into the atmosphere every year and the amount of carbon that can be removed and recycled through natural processes. This imbalance is the leading cause of global warming, warns Alberto Carrillo Pineda, Director, Science Based Targets at CDP.

“Every year, we put about 55 MT of emissions to the atmosphere, including CO2 from the combustion of fossil fuels. It is mainly generated through some agricultural processes, and other gases are produced by industry and other processes that support our economy,” Pineda said while speaking at the Huawei Better World Summit 2020 Power Digitalization 2025.
The rate at which we are producing the Greenhouse gases into the atmosphere has accelerated every year, and the trend hasn’t changed despite having clarity over the threats behind climate change, Pineda pointed out.
“Today, global mean temperatures are already at 1.1°C above the temperate that we had before the industrial revolution. Yet, in many regions in the world, mean temperatures have become much higher. Some of these regions have become up to 3°C warmer since the industrial revolution,” Pineda explained.
He pointed out that if we continue with our current trajectory, we are likely to experience over 2.5°C-3°C of global warming towards the end of the century.
In 2015 several countries came together and agreed to take action against climate change through the Paris agreement. Through this agreement, countries agreed to limit global warming to 1.5°C or well below 2°C. That is the maximum temperature all countries agreed to and what science has shown is necessary to avoid the worst effects of climate change.
Why do we need warming to be below 2°C? This is because we need to address the imbalance between the amount of GHG emissions we release into the atmosphere every year and the amount of carbon removed through natural processes. That means reaching a place that is known as net-zero.
“This state of net-zero is where our economy needs to go, and we need to be there in the next 3-5 decades. However, our world is not going in this direction. Right now, the world is heading towards 2.5°C -3°C warming, and that has significant consequences for some of the most critical ecosystems and also for some of the most vulnerable communities across the world,” Pineda said.
“To reach net zero by the mid-century, we need to transit from our current economic system that is releasing 55MT of emission to an economic system that satisfies the needs of the population without causing the GHG emissions into the atmosphere,” he added.

Transition towards net-zero
This transition to net-zero will require policy changes, changes in technology, changes in the way our economy is structured, and changes in our production and consumption patterns. But the most important thing is that all these changes will also convey benefits to the way we live today.
The first of these changes is a shift away from fossil fuel-based energy systems to clean energy systems, Pineda said.
The second important transition, he points out, is to shift our transportation system from an internal combustion system or the one that depends on fossil fuels to a transport system that is electrified and is powered by clean and renewable electricity.
“The third critical change is that we need to eliminate deforestation from our economy and especially from our food value chain and we need to end deforestation by 2030 latest,” Pineda said.
Finally, we need to change how our economy is structured by moving away from a linear extractive economy to a secular economy and a regenerative one.
Is it possible to have this transition?
Pineda points out that today, we have about 25 percent of global emissions captured by targets that companies, countries, and regions have said to reach net-zero emissions. This covers more than 50 percent of the global economy.
“Recent targets include a target by the European Union to reach carbon neutrality by the mid-century, a target by China that is planning to reach net-zero by 2060 and most recently the target by Japan that plans to reach net-zero by the mid-century,” Pineda said.
Further, there are also several targets similar to the corporate sector. Over 1,000 companies are setting global GHG emissions reduction targets with the ambition required to meet the Paris agreement goals.
The companies in the science-based targets initiative are spread across 60 countries, and they touch nearly every value chain of the economy.
“All of these countries and companies show that it is possible that there is some ambition, there is some willingness, and now we just need to accelerate and to scale up this ambition,” Pineda said.
In particular, in the ICT sector, an announcement was made a few months ago where the industry committed to reduce emission by 45 percent by 2030 collectively, and we have a collective effort by the industry to develop guidance to set science-based targets. Huawei, among one of the companies in the industry, received a score A- in terms of climate change from CDP in 2019, which is at the Leadership level and is above both the industry and regional averages.
“We already have today 34 telecommunications companies that have committed to these science-based targets, and we have 18 companies that have gone public to announce their targets that are independently validated by the Science Based Targets initiative. These companies are operating in all regions of the world, including Latin America, Africa, Asia, Europe, and North America, and we expect the number to grow,” Pineda said.
Share

The 5G D-day. What does this mean for building owners in practical terms and how will it benefit end users?