PriceSpy, the fully impartial price and product comparison service, and LatestDeals, the UK’s second biggest deal hunting community, have today announced their partnership in an effort to help consumers find the cheapest price for products.

Tom Church, founder of LatestDeals, created a free money saving bot using Facebook Messenger after his friend went on a shocking £1,000 spending spree. Powered by PriceSpy, the bot compares the prices of 636,000 products from over 2,000 UK retailers.

Tom’s friend admitted she bought clothes, GHDs, a new phone and her favourite perfume – Chanel No. 5 – in an uncontrollable splurge, racking up over £1,000 worth of spending in just one day. Everything was full price and she claimed she had "no idea" how much it added up to.

Tom, a well-known bargain hunter, spent the next six months building the Facebook Messenger bot which quickly tells shoppers the cheapest price for products and where to buy them from.

Shoppers type in the specific name of the product, for example, Chanel No. 5, and it tells them where to get the best price online. In the style of Facebook Messenger, it feels just like speaking to a friend.

In the example of Tom’s friend, the bot found she could have saved:

Tom Church, co-founder of LatestDeals.co.uk, said: "It started as a joke. My best mate told me she was trying to save for a house but then went on this massive shopping spree. I said I would make her a robot so she had no excuse not to find the cheaper prices."

"Having used PriceSpy myself to save money when shopping, I knew it was reliable. But I wanted to make it like chatting to a friend. Facebook Messenger was the answer."

Olof Karp, country manager of PriceSpy UK & Ireland, comments: “Latest Deals has created a fantastic community for deal hunters in the UK. At PriceSpy, we have witnessed huge growth in recent years of shoppers using our service to compare both products and prices. There is clearly significant demand in the UK from shoppers wanting to get the best deal, the Facebook bot is a clever and convenient tool to help shoppers do this.” 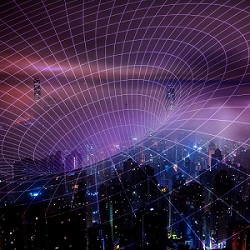