Global Private LTE Market is growing at a CAGR of 28% from 2018 to 2024 to reach market value of USD 11 Billion by 2024; according to a new research report by Global Market Insights, Inc.

The private LTE market growth is attributed to the massive surge in connected devices that generate the need for secure and reliable communication between devices. To overcome network connectivity issues faced by the connected industrial systems, the private LTE networks play an important role.

As per the infrastructure type, EPC segment held a dominant private LTE market market share amounting to around 40% in 2017. As mobile networks are becoming more complex with the introduction of LTE networks and multiple radio access technologies, the demand for EPC solution to manage network payload will increase over the forecast timeline. The eNode install base is projected to increase over 330,000 units by 2024. Increasing deployment of private LTE networks for public safety applications is expected to majorly influence the growing installations of eNode base stations over the forecast timeline.

The IoT modules segment in private LTE market is projected to grow at a CAGR of around 35% over the forecast timeline. The rapid adoption of these modules is supported by the growing IoT and M2M applications that require such devices that allow physical objects to connect to wireless networks. The growing usage of IoT platforms in smart city application will also drive the growing adoption of IoT modules.

Get More Details on This Report by Requesting A Sample Copy @ https://www.gminsights.com/request-sample/detail/2757

The public safety application segment is expected to hold a major share of the private LTE market accounting for over 35% by 2024. The public safety agencies are shifting toward the private LTE networks to meet the demands for bandwidth-intensive applications. To effectively respond to the emergency situations, these agencies and the Emergency Service Providers Organizations (ESPOs) are deploying their own dedicated networks to deliver secure mission-critical voice, video, and data. For instance, in July 2018, the German public-safety network, BDBOS finalized 450MHz spectrum to expand the digital radio network with high-performance data services. The spectrum enables security and rescue teams to deploy communication services in their mission-critical applications.

North America private LTE market is estimated to hold the largest market share of over 40% by 2024 due to the growing need for high-speed and low latency network for mission-critical communications and industrial IoT applications. For instance, in June 2017, Redline and Future Technologies partnered to offer Redline’s mobile LTE product line to the military customers of Future Technologies. Under the partnership, both the companies executed their commercial LTE pilot for a military customer for use in disaster recovery and tactical deployments. Also, the penetration of smart connected systems in sectors such as transportation, manufacturing, and public safety is expected to increase the demand for private LTE networks. 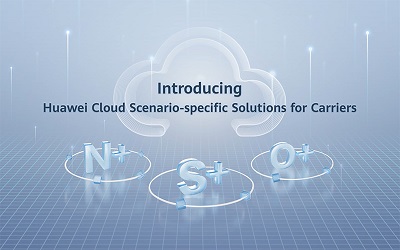