The US government’s export ban could cut both ways, with the Chinese vendor being forced to spend billions on an alternative supply chain – and Qualcomm does not want to miss out

When the Trump administration increased its sanctions against Huawei back in May, it was immediately clear that this would be a huge blow to the Chinese vendor. No longer able to use components from US companies, Huawei will be forced to look elsewhere for its semiconductor needs, likely increasing business with MediaTek in Taiwan and South Korea’s Samsung to fill the gap.
Indeed, the affects of the sanctions have quickly proved their effectiveness. Just last week, Huawei admitted that its latest flagship smartphone, the Mate 40, will be the last model to use the high-end Kirin processors made by its subsidiary HiSilicon.
However, such limitations are also limiting US companies. Huawei will have no choice but to take its business elsewhere, with companies like Qualcomm potentially losing out on billions of dollars.
“If Qualcomm is subject to export licensing, but its foreign competitors are not, US government policy will cause a rapid shift in 5G chipset market share in China and beyond,” said the company in a statement reported by the Wall Street Journal.
As a result, Qualcomm itself has begun to lobby the US government for a licence to continue supplying 5G chips to the Chinese vendor. Such a deal would be major business for both firms, but given Huawei’s precarious position amidst the ongoing trade war between the US and China, it may simply be safer for Huawei to focus more heavily on alternative sources and avoid potential US interference altogether.
Also in the news:
Trump Executive Order set to ban TikTok
MTN to withdraw from Middle East, will focus on Africa
BT’s forced redundancies an “attack on key workers”, says union
Share

VX Fiber discusses the full fibre challenge for the UK. 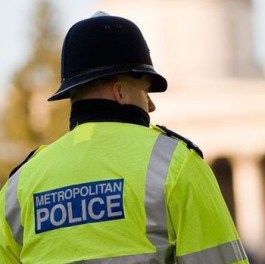