Samsung wins the race to 3nm – but can it take on TSMC?

The South Korean giant says their newest line of semiconductors will be smaller, more powerful, and more energy efficient than previous 5nm processes

Today, Samsung Electronics has announced that it has begun mass production of 3nm semiconductors, becoming the first foundry company to do so worldwide.

The breakthrough to 3nm comes as a result of Samsung switching to GAAFET (gate-all-around field-effect transistor) technology for the new chips – more specifically, to the company’s own nanosheet innovation known as Multi-Bridge-Channel FET (MBCFET™).

The new technology makes use of nanosheets with wider channels, rather than the nanowires and narrower channels of older GAA technologies, allowing for significant improvements in crucial power, performance, and area (PPA) metrics. As a result, the new 3nm chips are able to be 16% smaller than their 5nm cousins, as well as use 45% less power and improve performance by 23%.

“We seek to continue this leadership with the world’s first 3nm process with the MBCFET™,” explained Dr Siyoung Choi, President and Head of Foundry Business at Samsung Electronics. “We will continue active innovation in competitive technology development and build processes that help expedite achieving maturity of technology.”

This launch represents a significant feather in the cap for Samsung, winning the 3nm race against Taiwan Semiconductor Manufacturing Co (TSMC), the largest semiconductor player in the world.

TSMC has said that their own 3nm process, based on the older FinFET (fin field-effect transistor) technology, will be ready for production in the second half of this year.

However, being first to the finish line may not be enough for Samsung to make a significant dent in TSMC’s gargantuan market share, which currently comprises over half of the world’s semiconductor fabrication production. Analysts suggest that major chip designers are unlikely to jump ship to Samsung immediately and will instead wait to see the alternative from TSMC before placing orders, especially when it comes to the chips for next year’s flagship smartphones.

“Samsung’s launch of 3nm node chip production, based on a new-generation transistor architecture, shouldn’t affect TSMC’s market share and sales growth in the next 12 months,” explained Bloomberg Intelligence analyst, Charles Shum. “Despite stronger performance, Samsung’s 3nm chip needs to demonstrate it can be produced at the same cost-efficiency level as TSMC’s most advanced N3 process before it can gain new orders from Apple, Qualcomm and other large chip designers.”

"It’s meaningful that Samsung is mass producing 3-nm chips based on new architecture technology for the first time," noted SK Kim, an analyst at Daiwa Captial Markets. "However, it will not automatically lead to attracting new customers and improving earnings because it is not yet ready to produce mainstream chips, such as mobile CPUs."

However, there are more factors here at play than just technological and economic concerns. Semiconductors are a cornerstone of the global technology industries and, as such, have become increasingly politicised in recent years. With the geopolitical clash between the US and China deepening in recent years, the governments of both countries have been pushing to increase their domestic capabilities.

The EU has likewise sought additional investment in the semiconductor space, successfully convincing Intel to pursue a $20 billion ‘ecosystem-wide’ chip project on the continent, including new fabs. In fact, Intel CEO Pat Gelsinger is in the news today, threatening to expand operations in Europe over the US if Congress fails to approve the major subsidies it promised as part of the CHIPS Act last year.

This highly charged political environment potentially creates a window of opportunity for Samsung, who may be a more appealing partner to US and European firms. The company has already announced that it will build a new $17 billion semiconductor fab in Texas, USA, and pledged to triple its foundry production capabilities by 2026.

Taking on the well-established might of TSMC will be no small feat, but Samsung is clearly headed in the right direction. 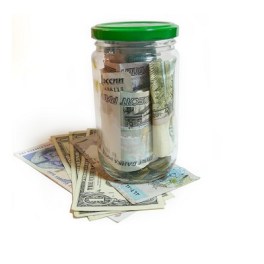