SK Broadband will invest 5 trillion won (€4.11 billion) over the next five years in order to attract more customers and drive sales growth.

The Korea Times reported on Tuesday that the SK Telecom subsidiary plans to plough the cash into broadening its coverage and new technologies. The aim is to generate revenue of KRW4.5 trillion by 2021, compared to KRW2.9 trillion in 2016, and reach 27 million subscribers.

"Although some KRW700 billion has been spent, which was not inconsiderable, the quality of investment was not satisfactory. In order to secure faster service and broad coverage, we are set to spend KRW800 billion this year and more than KRW1 trillion next year," said SK Broadband CEO Lee Hyung-hee, in the report.

In particular, SK Broadband is keen to offer differentiated IPTV services that make use of big data and artificial intelligence. The company also plans to enhance its home IoT service.

"We will try to create a new ecosystem in the media industry and become the best integrated platform operator," Lee said.

In addition, Lee told The Korea Times that no decision has been made about whether SK Telecom will make a new bid for the country’s biggest cableco, C J HelloVision.

Last July, Korea’s Fair Trade Commission blocked the takeover on the grounds that it would limit competition in the TV market.

OneWeb Partners With Axiros For Management Of Critical Customer Infrastructure 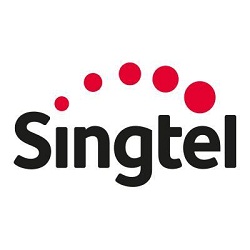 The foundation for robust connectivity in Asia