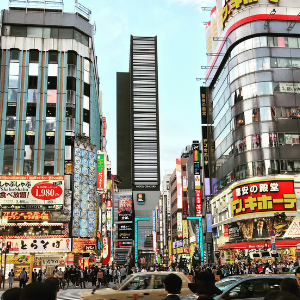 Softbank has entered a partnership with May Mobility, a US-based autonomous vehicle technology specialist. The agreement will see the two organisations collaborate to deliver an autonomous vehicle driving service in Japan using Softbank’s 5G network.

The Japanese Government has identified autonomous driving as a key enabler for improving traffic congestion and reducing accidents on the road. As such, in its ‘Public-Private Intelligent Transport Systems (ITS) Initiative/Roadmap’, set out in 2021, the Government outlined its ambitions to implement unmanned autonomous driving services in numerous locations in Japan by 2025.
As one of the country’s leading communications service providers, Softbank has committed itself to supporting these ambitions by partnering with other companies and local governments to research industry applications for 5G and to develop Mobility-as-a-Service (MaaS) solutions.
Junichi Miyakawa, President & CEO of SoftBank Corp., commented: “Autonomous driving is expected to contribute to solving various social issues facing Japan. By collaborating with May Mobility, which has advanced autonomous vehicle technology, we expect to accelerate the implementation of autonomous driving in Japan and realize a better society.”
May Mobility’s credentials as a leader in the autonomous vehicle technology market have been earned by the company having given 315,000 autonomy-enabled rides to the public in both Japan and North America, since its founding in 2017.
Edwin Olson, CEO of May Mobility added: “This partnership with SoftBank is a golden opportunity for May Mobility to leverage next-generation mobility infrastructure to increase the adoption of MaaS. We look forward to sharing our knowledge and experience in expanding autonomous driving in Japan.”
Share