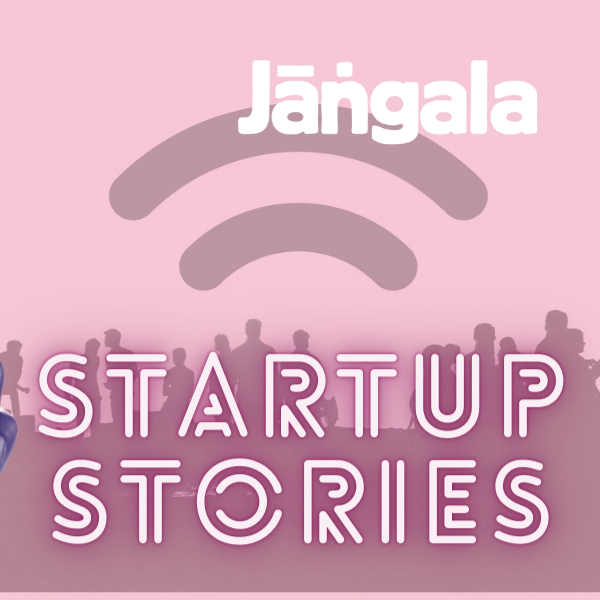 Tell us about your startup
Jangala is a not-for-profit startup that produces self-developed, accessible and portable Wi-Fi systems for use by communities in need of humanitarian assistance or broader development support. To date, we have provided internet access to over 50,000 people in refugee camps, schools and clinics across Africa, Asia Pacific, Latin America and Europe. Our mission is to enable societies everywhere to meet the challenges of today and prepare for the uncertainties of tomorrow.

The internet is a fundamental part of modern life. However, 50% of the world’s population lack access to the internet, whilst also facing other challenges related to living in poverty, or as part of marginalised groups, or as a result of being forced to leave their homes. Our technology presents an innovative, feasible, and scalable solution to this digital divide. By enabling internet access for these groups, we aim to support the most marginalised members of the global community to build better futures for themselves. The need for this is only becoming more pressing as the number of people requiring humanitarian assistance has grown significantly in recent years – today, 275m people need urgent protection or assistance, up from 235m people in 2021.

Jangala’s flagship technology is Big Box – a rugged and powerful device that can turn any internet connection into Wi-Fi that’s easy to manage and scale, and is capable of connecting thousands of users. We also have the smaller Get Box, which was developed in early 2020 in response to people’s urgent connectivity needs during the pandemic, and has since connected over 260 low-income households, emergency accommodations and refuge shelters in the UK and Europe.

What is your USP?
Jangala’s Wi-Fi systems have been conceived and designed specifically for use in challenging circumstances and by people without technical expertise, thereby lowering the barriers to deploying internet access across a range of challenging aid and development scenarios.

Existing Wi-Fi technologies are limited and not suitable for use in most humanitarian situations, and even in many development settings where a lack of communications infrastructure precludes easy internet access. Battery-powered ‘MiFi’ devices can only serve a few users, have a limited range and cannot be controlled remotely. Conventional approaches are more capable but expensive, and often require engineering staff for set-up and maintenance.

While there are newer, alternative devices that also integrate 3G/4G with Wi-Fi, Jangala’s products stand out due to their ability to shape traffic, their inherent scalability, and ease of use which removes the need for technical expertise. Jangala also works with our funders to provide systems pro bono to organisations and projects that would otherwise be unable to pay for connectivity, thereby removing both the cost and expertise barriers that so often need to be overcome in order to establish a network.

What is your relationship with the telecom sector?
Our Big Box and Get Box systems require the local services available to the general public in order to operate. Big Box is a versatile and powerful device that can be deployed in a variety of challenging contexts thanks to its twin 4G/5G modems and ability to combine up to 32 sources of internet access – including SIMs, satellite and point-to-point wireless – into a single stable connection that can accommodate thousands of end-users. The most commonly used backhaul for our systems are SIM cards, which are widely and easily available in many of the countries in which we operate.

One of Jangala’s first corporate donors was BT, whose support was critical in helping us get our systems out to the field in the early stages of our development. Since 2021 we have partnered with Cuckoo, a new innovative player in the sector, who generously donate 1% of their turnover to Jangala every quarter.

The next stage of Jangala’s development requires significant strategic thinking and expertise. As we expand our operations worldwide, strong relationships with partners in the telecoms sector are crucial to ensuring efficient rollout of systems and hitting our ambitious growth targets. We are always on the lookout for new strategic partners, so if you think your organisation might be able to help, please get in touch!

How have you got to your current stage of development?
When Jangala started in 2016, we were crowdfunded primarily through The Worldwide Tribe – a nonprofit organisation that uses creative storytelling to bring a human perspective to humanitarian issues while also working with grassroots projects focused on supporting those in need. This funding enabled us to set up the first Jangala network covering the Calais Jungle refugee camp and begin research and development on Big Box.

Since then, as Jangala became formalised as a charitable organisation, we have secured formal funding from competitions, corporate giving, and trusts and foundations, as well as running individual giving campaigns. Today, our major funders include Lenovo, Cuckoo Broadband, Arm, CHK Charities, and Tedworth Charitable Trust.

Why did you establish the business?

In 2015, at the height of the Refugee crisis in Europe, our founders Rich Thanki, Nil’s O’Hara and Samson Rinaldi met while volunteering in the Calais Jungle refugee camp. Nils and Samson have extensive experience in humanitarian aid and disaster response, while Rich worked for several years on humanitarian tech solutions in Sub-Saharan Africa, in addition to stints at Microsoft and Ofcom.

During their time in the Jungle it became clear that while charities and grassroots groups were providing essential support, what was missing was an internet connection. The internet was a lifeline for the refugees they met – the possibility of communicating with loved ones, as well as sending and receiving money, to find valuable information, and for education and entertainment. Meanwhile, the organisations on the ground providing humanitarian assistance sorely needed connectivity to coordinate their response and ensure their operations were as effective and efficient in a difficult and rapidly changing situation.

So, Rich and Nils set about creating a Wi-Fi network for the Calais Jungle, and when it was switched on just after Christmas 2015, it was used by over 5,000 people in a single week. In 2016, Samson joined the team and together they developed Big Box.

Who inspired you?
Each of our founders have their own personal connection with refugees and asylum seekers, which has inspired their work and Jangala’s mission. Rich himself is the son of refugees who fled to the UK from Uganda in the 1970s. Nils’ family adopted a child refugee from Eritrea in 2015, which prompted Nils to visit the Calais Jungle to see for himself the challenges faced by his soon-to-be brother. Since then, Nils’ family has welcomed three further refugees from Sudan, Afghanistan and Libya.

Meanwhile, Samson is the foster brother of two teenage boys from Kurdistan, who he is helping through the UK’s asylum process. While we may have grown out of the humanitarian response to the refugee crisis, Jangala is ultimately inspired by those working towards achieving the Sustainable Development Goals (SDGs) around the world.

What does the future hold for your business?
Our goal is to connect 150,000 people by the end of 2022, and 5 million people by 2025. In order to achieve this, Jangala is preparing to adopt a hybrid charitable-commercial model by establishing a wholly-owned trading subsidiary and selling our products and services to larger aid and sustainable development organisations. Every penny of profit will go to Jangala’s pro bono deployments which will serve communities, organisations and grassroots projects without the resources to pay for internet.

We are aware that different communities have different needs and requirements when it comes to digital applications. We are therefore exploring new product opportunities to further support the digital development of underserved communities, such as edge servers and renewable, networked batteries.

If you or your organisation are able to assist Jangala with our goals in any way, please contact us on info@janga.la. We’d love to hear from you!

Jangala participated in the Total Telecom Congress in 2021. If you would like to join the Startup Village this year and perhaps pickup the Startup trophy at the World Communication Awards, click HERE to find out more

90% of operators are striked by fraudsters on daily basis 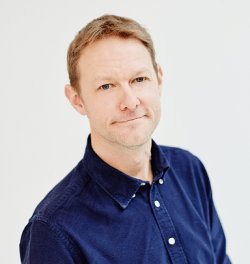 Melbye to provide premium products and expertise to the UK market