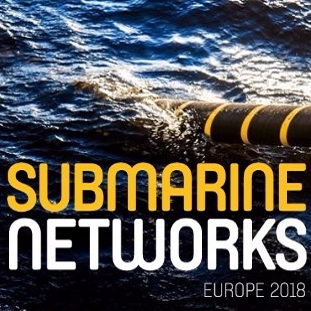 Innovators and senior industry executives of the global subsea cable industry will be heading to Europe next year for Submarine Networks Europe 2018, aiming to discuss the growing issues of this quickly developing market sector.

As part of a focus in the EMEA region, nearly 90% of attending speakers and companies will be from these markets, with over 300 senior decision makers and 50 experts taking part. The event will provide the opportunity to hear from industry experts and leaders focusing on themes such as emerging and developing markets, the evolution of the subsea industry, the impact and rise of the OTT’s and network automation.

The event will host executives ranging from government authorities, consultants, cable manufacturers and operators. They will primarily cover three key topics that currently challenge the industry: new drivers of demand including content delivery, upgrading networks and improving cables, finance in areas such as cable management and funding new projects and finally, regulation of the marine environment.

“Subsea is increasingly important as demand for bandwidth explodes. Its role is only going to become even more important as we move into IoT and 5G, so this event has come at a critical time,” said Total Telecom Managing Director, Rob Chambers.

Taking place between 20-21 February at the Hilton Tower Bridge in London, the first day’s agenda will include topics such as current and popular business models, the rise of the content provider and potential finance and investment opportunities, including its challenges. The second day’s agenda will highlight regulation and cybersecurity as well as take a look to the future to see what might happen next for subsea communications.

Submarine Networks Europe is organised by Total Telecom, find out more at totaltele.com/subnets