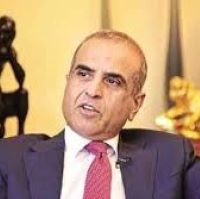 The satellite company filed for bankruptcy in March, having been stricken by the coronavirus pandemic

OneWeb, a UK-based low-Earth orbit (LEO) satellite company, has found itself under financial strain since its inception back in 2012. Despite backers including SoftBank, Airbus and Qualcomm, the satellite company has struggled to obtain financing, resulting in a slew of debts that now top $3.3 billion.

The company filed for bankruptcy in March this year citing financial strain caused by the pandemic, having launched just 74 of the planned 648 satellites intended to provide internet services to “everyone, everywhere”. This financial collapse has opened the door for new owners to take the reigns and Sunil Mittal, whose Mittal Group owned Indian telco Bharti Airtel, has reportedly bid for the company.

The offer is reportedly supported by the UK government, who reportedly intend to invest around $500 million into OneWeb. This investment comes as the UK desperately seeks access to a new national navigation system, after the country’s departure from the EU saw it lose access to the pan-European Galileo satellite navigation system.

LEO satellites are very appealing for delivering connectivity, since they can overcome many of the challenges associated with more traditional methods, particularly dealing with rough terrain. This makes them very appealing for rural deployment, reaching regions that would otherwise be unprofitable to provide coverage.

However, satellites of course have their own setbacks, being expensive to launch and traditionally struggling to achieve the same speeds as conventional coverage. A wide range of LEO business models have been tested in the past few decades, but the track record speaks for itself, with almost all have resulted in complete failure.

Despite this, advances in technology have seen LEO constellations increasingly shaking up the telecoms industry, with SpaceX’s Starlink leading the way. Earlier this month the latest launch took Elon Musk’s constellation to a total of 540 satellites – more than enough to provide minimal internet services, according to Musk. However, the company’s plan for expansion is huge, with 12,000 total satellites the current goal, with an increased target of 30,000 currently under discussion with the Federal Communications Commission.

Musk has repeatedly stated that telcos need not fear Starlink’s ambitions, since it will only be targetting the “three or four percent” of “hardest to reach” customers. However, with such massive expansion planned and further interest in LEO projects like OneWeb around the world, it will be hard for the telcos not to take notice.

Also in the news:
A dozen bidders enter race for Ethiopian operating licence
Accelerated 5G rollout could boost UK economy £150bn – but can telcos really go any faster?
Dutch 5G on the way as spectrum auction kicks off