Following her win in the Woman in Telecoms category at the World Communication Awards 2018, Total Telecom caught up with Catherine Michel, chief technology officer at Sigma Systems, to find out how the telecoms industry is fairing in its quest to implement better representation in senior management

Improving gender diversity in senior management positions is a topic that should be at the top of boardroom agendas across the telecoms sector.

While some telcos have taken admirable strides towards improving levels of diversity, a recent report highlighted the difficult situation that the industry still finds itself in.  Of the top 100 executives cited in the industry, only three were women.

Against this backdrop, we met with Michel to find out how the industry can begin to redress the balance.

"I think that it’s pretty evident that there is a long way to go," said Michel.

"It is still such an enigma – Why, in 2018, are we not seeing a much more diverse representation of people at board level?"

Michel believes that telcos must broaden their demographic makeup to improve productivity and improve morale, particularly when it comes to board and C-suite level positions.

"When I talk about the issue of ‘women in tech’, I much prefer to talk about ‘diversity in tech’. Not just women, but all the different facets of identity.

"It is incredibly important that we collectively recognise that the penetration of that idea, certainly as you move up the ranks, is abysmal.

"The most prominent example is [the under representation of] women – but then you also have to consider race and sexual orientation.

"The industry is talking about it a lot now, within various industry bodies. You’ve got some of the larger tech companies like Google and Amazon and Facebook trying to lead with their own internal initiatives and promote it that way. But I think it’s clear that there is still a lot of work to be done."

The role of unconscious bias

Michel says that while progress is being made in the telecommunications sector, the levels of unconscious bias that exist are still extremely high.

"There is an incredibly high level of awareness – now. More people feel that it is there responsibility to ensure that something is being done about it, than there was when I started off in the industry.

"However, when you walk into a meeting today, the fact of the matter is that it is still predominantly made up of white males. There is no other way to put it. That is the situation in the majority of meetings that I attend.

"The interesting question is: why is that the case? Part of it comes down to evolution, where we are at in terms of awareness. Maybe with the next generation we will see a slightly better mix as they continue to progress.

The need for affirmative action and education

Michel believes that the industry must take proactive steps to make it a more inclusive sector for minorities. Education will play a key role in redressing the balance, but Michel argues that affirmative action is also necessary to expedite change.

"On a large scale, on a legal scale, I am in favour of affirmative action. It has started to tip the balance, but we are not yet at a point where things are just going to just correct themselves with time.

"I really believe that as part of any company’s onboarding process there should be time allocated to educating people about that unconscious bias, and to explaining how there may be times when you are mentally discriminating in certain ways.

"In practical terms, that means putting on workshops that give people physical examples of how and when that bias can occur. You can’t solve something if you aren’t aware that it is a problem in the first place – that’s the insidiousness and the difficulty in dealing with unconscious bias.

"As an example, when I walk into a room with one or two male colleagues and we are sitting down to a meeting with people where introductions haven’t yet been made, there will be an immediate sense of deference to my junior male colleagues, the guys who work for me, because the assumption is that they’re the guys, so they are going to be the boss. And the thing is, the people who are behaving this way, aren’t necessarily 20 years older than me, they are my age or younger – so there is still some programmed thinking that is going on, in my generation.

"When I travel for work, for example if I say "I’m going to Malaysia to speak at a conference", inevitably the response will be, "but who is going to look after the kids". A guy does not get asked those kinds of questions. There is no evil intent behind that kind of thought process, but it does pepper and flavour every interaction that a woman or a minority has with someone.

Michel was awarded the inaugural Woman in Telecoms award at this year’s World Communication Awards, an accolade that she feels helps to keep the spotlight on one of the industry’s most crucial issues.

"These kind of awards mean so much to me. In some ways you have mixed emotions because, on the one hand, you think how great it is that you are nominated for the award, that there is recognition for this kind of thing. But then on the other hand, you kind of feel like "why do we still need to do these kind of things?

"I’m thrilled to have won it. It makes it extra special to be the first person to win this award. It is thrilling to have this type of recognition at industry level – I hope it acts as an example to everybody and reinforces the idea that there is no barrier to what you can achieve based on who you are physically or racially. It’s been an incredibly compelling category for me in that regard.

Catherine Michel is chief technology officer for Sigma Systems, the creative lead for the company’s products and solutions, and a public advocate and mentor for women in telecoms and IT. She is considered a guru in catalogue-driven agile B/OSS for communications service providers and advocates thinking about technology beyond the platform, as well as understanding how it changes company behaviour and its value to customers.

She joined Sigma Systems as chief strategy officer via its 2013 acquisition of Tribold, a company she cofounded and where she also held the role of CTO. She began her career at Accenture, where her focus was on devising and delivering business strategy and large-scale BSS/OSS solutions worldwide. Earlier this year she was appointed to the UK5G advisory board, where she will help guide the UK’s evolving 5G strategy. 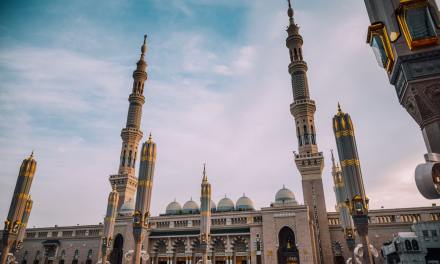 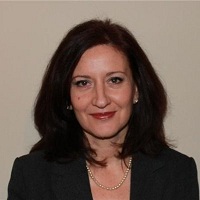