Telia and Ekobot team up for 5G farming robot 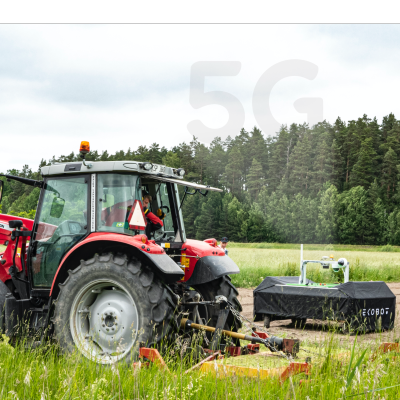 The autonomous robots will eliminate weeds on agricultural land, reducing the reliance on chemical herbicides

Swedish operator Telia has announced a new partnership with robotics expert Ekobot, which will see an autonomous, 5G-connected robot assist in removing weeds from crops on a Swedish farm.
The collaboration, which also involve research institute and aggrotech specialists RISE and network video leaders Axis Communications, will see one of Ekobot’s eponymous robots deployed at a farm outside Västerås in Sweden. The 5G-connected robot will then move through the fields, identifying and removing weeds using advanced cameras and AI, while leaving the valuable crops themselves untouched.
Removing harmful weeds from valuable farmland is a major challenge. Chemical herbicides are by far the most popular approach to removing unwanted weeds, but these chemicals can have disastrous impacts on local ecosystems and water supplies. Furthermore, the industry’s overreliance on herbicides are leading the weeds themselves to adapt and develop resistance; a study in 2019 suggested that herbicide resistant-weeds are costing the UK alone around £1 billion a year.
As a result, mechanical weed removal by solutions like the Ekobot could be a viable alternative, offering not only a more environmental way to rid crops of weeds but also drastically reducing the man-hours required to do so.
“For several years now, we have explored how 5G can be deployed in a range of industries, from manufacturing to healthcare. This partnership gives us valuable insights into the exciting world of farming, where technology plays a critical role for sustainable development. We believe the combination of 5G and automation in precision farming has a lot of potential,” said Magnus Leonhardt, head of innovation at Telia Sweden.
Using 5G to support the agricultural industry via so-called ‘precision farming’ is growing in prominence around the world. Earlier this year, TIM announced they would be deploying a 5G network to help support a vineyard in the Piedmont Langhe region, using smart sensors and drones to monitor humidity, temperature, wind, and other factors that can affect crop yield. Similarly, in China, Huawei announced earlier in the year that their 5G technology would be supporting pig farmers, helping to track the activity and heath of individual animals.
Want to keep up to date with the latest developments in the world of telecoms? Subscriber to receive Total Telecom’s daily newsletter here
Also in the news:
The CMA has “serious concerns” over Nvidia–Arm merger
“Harvesting good ideas”: Connected Britain’s Local Authority Forum
FTC again aims at breaking up Facebook’s social network monopoly
Share