The Australian government will front $1.33 billion of the total cost of the purchase, hoping to limit China’s influence over the region

Back in July, rumours had begun to circulate that Telstra was in talks with the Australian government discussing financial and strategic support for a potential takeover bid for Digicel Pacific. The deal, which was estimated at around A$2 billion, would be largely financed by the government in an effort to stop geopolitically important communications infrastructure in the Pacific falling into China’s hands.

Although since denied by Digicel, China Mobile had also been linked to takeover discussions.

At the time, the discussions were reportedly “incomplete”, with Telstra telling the media that there was “no certainty that a transaction will proceed”.

Now, however, it seems that the deal is finally going ahead, with the Australian government to provide $1.33 billion of the total $1.6 billion sum.

"Digicel Pacific is a commercially attractive asset and critical to telecommunications in the region," Telstra chief executive Andrew Penn. "The Australian government is strongly committed to supporting quality private sector investment infrastructure in the Pacific region."

Of course, this is not the first time that the government has used Telstra as a vehicle for achieving their geopolitical aims. in 2018, the government provided A$137 to co-fund the construction of submarine cables and a cyber security centre for the Solomon Islands, largely driven by the desire to block China’s Huawei from winning the contract.

As part of the deal, Telstra will take over Digicel’s operations in Papua New Guinea, Fiji, Samoa, Nauru Vanuatu and Tonga. Of these, Papua New Guinea is reportedly the most profitable market, though one that has found itself increasingly reliant on Chinese financing in recent years.

Exactly how profitable these various markets will prove for Telstra remains to be seen. In the financial year ending March 31 2021, Digicel itself recorded sales of around $450 million and adjusted EBITDA of roughly $222 million.

Digicel itself, meanwhile, will use the funds to focus on the 26 Caribbean and Latin American markets where it continues to operate.

How are geopolitical pressures surrounding communications infrastructure leading to increasing government interventions in the telecoms sector? Find out from the experts at this year’s Total Telecom Congress, taking place live in London TOMORROW 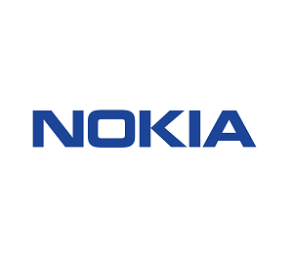