The Atlantic CAM Platform; the future of Portugal’s subsea market 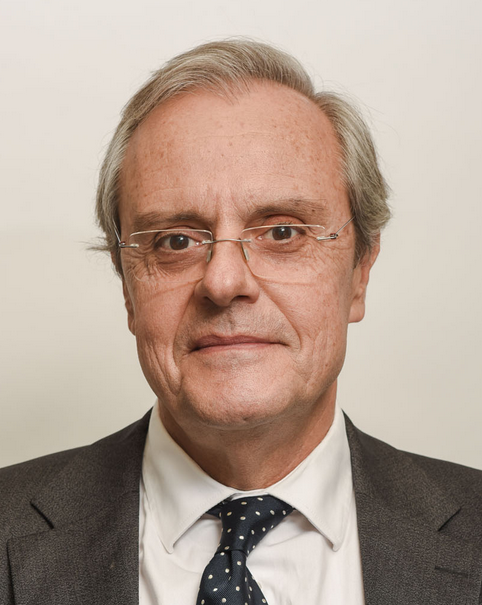 In the run-up to Submarine Networks EMEA 2020, Total Telecom spoke with Jose Barros, External Affairs Director at ANACOM, the Portuguese national regulatory authority to find out more about the progress of the Atlantic CAM Platform and what this will mean for the future of Portugal’s subsea market.

What does CAM stand for and why is a political decision needed about the new CAM Ring?

Portuguese subsea, between the mainland and the archipelagos of Azores and Madeira ( which are Autonomous Regions), is included in our EEZ and in Extended Continental Shelf. The CAM triangle has a perimeter of about 3.500 kms. Portugal needs to ensure state of the art, future proof and affordable communications between the Continent and Autonomous Regions in order to foster territorial cohesion and to promote sustainable growth.

It is important to note that the existing CAM ring, which is relying on international cable systems (Columbus III and Atlantis-2) is approaching the end of its lifetime and its early retirement is still a possibility. In addition, the existing CAM submarine cables’ market failure has been detected and ex-ante regulation has been implemented. Public investment is needed in order to ensure the replacement of the existing cables whilst also allowing the provision of digital services at affordable prices. Having all that in mind, there is a need of political decisions to address the replacement of such critical infrastructure.

So, an inter-ministerial working group was set up by the Government to deliver a report by the end of 2019, including, among others, proposals for:

i. Technical solutions for the new CAM Ring (state of the art of technology assuring resilience and redundancy);

Tell us a little about the Atlantic CAM Platform: How will it help to make Portugal a more attractive destination for prospective subsea projects?

Portugal has a long-lasting tradition as key global player within the submarine cable industry. This year we are proudly celebrating 150 years of the first subsea cable landing in Portugal (it connected Portugal to the United Kingdom) and currently we are the only country in the world with direct links to all other continents (except the Antarctic).

The Atlantic CAM Platform will help Portugal and Europe to maintain its leading role. In fact,

The Atlantic CAM Platform will introduce the provision of new services both for and thanks to the submarines cables crossing the CAM zone.

New services for submarine cables:
• Easy Licensing of submarine cables crossing Portuguese EEZ;
• Surveillance and Protection of submarine cables in Portuguese EEZ;
Submarine cables will provide:
• Seismic detection (earthquakes and tsunamis warning and alerts, scientific geophysical studies), and environmental protection and oceanographic detections for scientific studies (climate change including)
• Data transmission to support scientific projects
In other words, it is more than simply a new submarine cable with ring configuration (CAM Ring). The Atlantic CAM Platform intends to create conditions for Portugal to be the Western Digital Hub in the EU.
With the creation of a state of the art and futureproof Atlantic CAM Platform, entering and outgoing doors in EU will be moved 1.500 kms to west and 1.000 kms to south, closer to North America, South America and Africa, offering on the Platform increased security and protection (ring configuration) at a low cost and with superior quality. This Platform will not compete with other platforms or edges, it will try only complement their roles.
How has the project evolved since your last update at Submarine Networks EMEA 2019?
As mentioned above, an inter-ministerial working group was set up by May 2019 and a report was delivered to the Government at the end of 2019.
The working group received contributions from various stakeholders such as operators, manufacturers, suppliers, installers, cable owners and entrepreneurs, public institutes, etc.
Within the working group we agreed on key strategical proposals concerning the project, including the configuration of the CAM ring, business model and add-on services. I believe that was a major development during the last year.
A decision will be issued in a timely manner.
How will the cable help to transform the role the subsea sector plays in wider issues, such as ecological sustainability, tackling climate change, etc? How Smart will the Atlantic CAM Platform be?
Portugal intends to follow the innovation movement in the use of telecom submarine cables for other purposes beyond telecommunications.
As you may know, Portugal and the CAM zone has relevant seismic activity (3 tectonic plates), which in environmental terms, has increased the responsibilities of managing marine resources, hence creating the need (or convenience) to use telecom submarine cables for seismic and environmental detections (climate change mainly), by collecting data for scientific studies as well as producing alerts and warnings of tsunamis and earthquakes. This can benefit not Portugal, but also Spain, Morocco and beyond if possible.
To manage the information collected by the submarine cables (geophysical and environmental data), a consortium of public institutes is being formed in Portugal and its formalization and entry into operation is expected soon. It is desirable that this consortium actively collaborates with JTF SMART Cables, requiring a strong relationship in terms of defining technical specifications with the industry (manufacturers and suppliers). Considering the principle that “a telecom submarine cable is sacred for operators” and that must always be respected, any operation or intervention in seismic or environmental sensors, can only occur with the explicit authorization of telecom operators. In addition, the sensors’ operation and maintenance may never jeopardize the transmission of commercial traffic in terms of availability, safety and quality.
Can you summarize all the above in just a paragraph?
Portugal faces a one-time opportunity to improve territorial cohesion and foster economic development in the CAM area over the next 25 years, through the implementation of an Atlantic Platform which can become a future Western Digital Hub in the EU.
Beyond deep sea for submarine cables, Atlantic CAM Platform will offer additional security, resilience and protection for submarine cables, among other services.
Submarine Networks EMEA 2020
Jose will be moderating a roundtable on SMART cables as well as giving a presentation on the Atlantic CAM Platform at Submarine Networks EMEA 2020 in February. Head over to the event website to keep up to date with the conference.
Share