While the UK was once a relative laggard in FTTH compared to its European neighbours, it is now a hive of activity. Digital connectivity has become a cornerstone of the UK’s economic ambitions and the business case for laying down as much full fibre as possible, as fast as possible, grows ever stronger.

It’s a fiercely competitive space and while Openreach continues to lead the charge and build at scale, recent data from INCA indicates that UK alternative operators (altnets) have more than doubled their footprint year on year since 2019 – now reaching 5.5m premises and expected to reach 11.5m premises by the end of this year.

The race to establish a footprint brings a keen focus on the speed of deployment. Success in this modern-day gold rush hinges on the ability to build at speed and meet ambitious targets, while of course retaining the network quality and productivity that will keep local stakeholders and residents happy. With your average homeowner unlikely to see the bigger picture when faced with roadworks and digging outside their homes – the faster build teams can get in and out the better.

When it comes to the most popular network architecture choices, since the earliest days of FTTH there has been much discussion about the relative merits of passive optical network (PON) versus Point to Point and Centralised versus Distributed Split architectures. The capability to speed up deployment however is mainly influenced by the configuration of network terminals – the point at which customer drops are connected into the network – and the method by which customers are connected.

The most efficient solution for speed of deployment both from the perspective of Homes Passed and Homes Connected Homes Connected is using hardened connectors and stubbed terminals. At Corning, we developed a solution nearly 20 years ago that reduced splicing in the field and moved that work to our own factories – creating the industry’s first pre-connectorised solution for fibre to the premises. Terminals using this interface can be deployed without any fibre handling work, which means that more skilled resource can be deployed further back in the network where splicing is a necessity.

In response to today’s network challenges, we’ve taken this approach even further with Evolv™ Terminals and Drops with Pushlok™ Technology, our newest hardened connectorised terminal and drop solution. The terminals are less than half the size of previous solutions and the “Stick&Click” one handed mating makes the connection process quick and easy.

This also helps to solve another principal challenge for our UK altnets – securing permissions (known as wayleave agreements) which can significantly stall even the best laid build plans. The INCA data referenced earlier also found that for 57% of respondents, their average wait time in securing wayleaves is 6 to 12 months.

Securing permissions is particularly difficult in historical areas. The local authorities, building owners and landlords, quite rightly, have a responsibility to ensure that the character and appearance of these areas is preserved, and conspicuous networking equipment is rarely welcomed. By minimising the size of the terminal in multiple planes, the product can be installed on buildings discretely and with an overall aesthetic look.

There’s also a variety of ways that money can be saved in the placement of these terminals and their connection to the device, which helps build the business case. In particular, smaller terminals can be installed on congested poles and chambers where conventional terminals won’t fit which can significantly reduce the need for expensive network adjustment upgrades.

While there will be winners and losers in the fibre gold rush, the main beneficiaries will ultimately be you and me. Ubiquitous full fibre coverage, from a choice of ISPs, will lay a critical foundation for all manner of public services, boost productivity, enable next-generation entertainment and services, and support an increasingly hybrid workforce. For the altnets themselves, maintaining a keen focus on the speed and scalability of their builds will be the key to success. https://www.corning.com/emea/altnets

Ian Cowser is an application engineer, advising and supporting on optical fibre networks to leading operators and builders for Corning Optical Communications. He has nearly 30 years’ experience working within the Fibre to the Home industry, with extensive experience in FTTH deployments throughout Europe.

During 29 years within Corning, Ian has held a variety of roles, including Technical & System Manager, Sales Manager and Sales Executive as well as the Chair of the Corning European Employee Committee. He has consistently promoted FTTH with major operators in EMEA. Ian is a highly structured mechanical engineer with a degree from the University of Central Lancashire in Lancashire, UK. 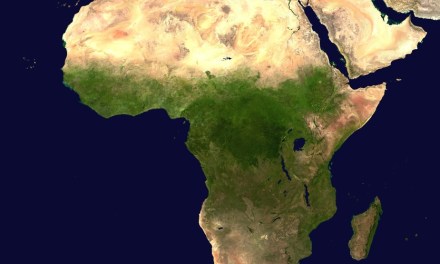