Delayed but by no means forgotten, Three is the last of the four major UK operators to launch 5G. Despite officially launching its 5G network in parts of central London in August, delays have meant the company’s wider rollout across 66 locations is scheduled to take place later this month.
Now, the operator has announced that it will be partnering with altnet CityFibre, leveraging the company’s rapidly growing national fibre network to support its new 5G network.
The first phase of this new partnership will have CityFibre providing Three’s 5G cell sites with backhaul connectivity, with the first connections planned for the coming summer.
They also intend to provide Dark Fibre services to the operator throughout their city-wide networks, helping to support urban 5G.
“A competitive fibre backhaul market is critical for the fast and efficient rollout of 5G,” explained Dave Dyson, CEO of Three UK. “CityFibre are aggressively rolling out fibre across Britain and our strategic partnership with them will use the UK’s largest 5G spectrum portfolio to deliver the fastest 5G network nationwide.”
This deal is a significant feather in CityFibre’s cap, as they continue to push towards their goal of reaching one million UK households by 2021.
“This is a huge vote of confidence in CityFibre from a national mobile operator with big plans for 5G,” said Greg Mesch, CEO at CityFibre. “Three’s decision to leverage our rapidly expanding networks nationwide shows the critical role full fibre infrastructure has to underpin 5G rollouts and reinforces CityFibre’s position as the UK’s third national digital infrastructure platform.”
With this deal, CityFibre cements itself as a real challenger in the fibre arena, stepping up to challenge Openreach’s backhaul dominance.
To find out the latest about the UK’s fibre networks, visit Connected Britain 2020
Also in the news:
Orange and Telxius partner up on transatlantic cable backhaul
Nokia selected by Iliad Group for French and Italian 5G
Thailand’s first 5G spectrum auction raises $3.2 bn
Share 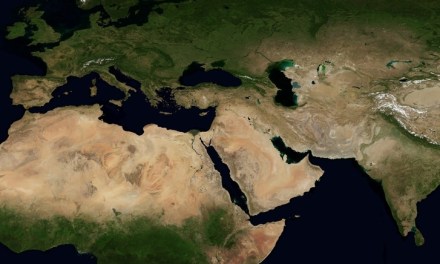 Etisalat and Telecom Egypt team up for new submarine cable

CLX acquires Denmark’s Unwire for $24.45m making it the largest CPaaS provider in the Nordic region