Time running out for chipset manufacturers to meet IoT forecasts

According to the McKinsey Global Institute, IoT will generate revenues of up to $11 trillion by 2025 with some experts predicting there will be more than 26 billion devices connecting to the Internet of Things (IoT) by 2020.

On top of the McKinsey forecast is another from market research company IHS Markit … the firm claims that more than 75 billion smart devices will be in use by 2025. That’s a 400% increase over the roughly 15 billion devices in use today.

Putting this in perspective, chipset manufacturers must build microchips at a rate six times greater than has ever been produced since they were first developed in 1958 by Texas Instruments.

But at this moment in time, global chip manufacturers simply do not have the capacity to meet tomorrow’s IoT demands. Unless chipset manufacturers start increasing their investments to up their capacities now, the full potential of the IoT business is unlikely to be realised by 2025 or any year close to it.

However, aside capacity issues, the fundamental problem in laying out a roadmap for the coming all-embracing IoT device world is first deciding which chipset technology to adopt to connect them.

There will never be one IoT connectivity technology good for providing a one-size-fits-all solution for all use cases. The IoT application space will be occupied by several technologies, each serving selective purpose-fitted use cases.

Where Bluetooth-based connectivity technologies at one extreme will provide a robust, low-bandwidth and short range coverage, technologies such as Wi-Fi, LTE and 5G will be required at the other end for high bandwidth, high mobility applications.

The most topical technologies today are NB-IoT and LTE-M, which are versatile, mid-range connectivity technologies.
LTE-M is the response of the Third Generation Partnership Project (3GPP) – the technical body that standardizes cellular communications – to IoT and Low Power Wide Area Networks (LPWANs). It is an attractive option for device manufacturers looking to deploy on current cellular networks, but need an option that is more resource-efficient. There are two innovations that help LTE-M improve battery life: LTE eDRX (extended discontinuous reception) and LTE PSM (power saving mode).

LTE-M will serve applications that LTE has never been used for before such as smart water meters and agricultural monitors. The unique part of LTE-M is that it can be extremely power-efficient and move 10 bytes of data a day, but also have access to move a megabit per second. LTE-M serves a very broad set of use cases.

On the competing side, some experts predict that Narrowband IoT will become the best LPWAN connectivity option. Sigfox was at the origin of Narrowband IoT subsequently dubbed NB-IoT. In 2009, it disrupted the plans of 3GPP by insisting that there was a huge market for devices that don’t have a lot to say, are very inexpensive, require minute power budgets and have a very long range. Hence NB-IoT became a major player in IoT’s future direction.

In North America, both Verizon and AT&T will likely use LTE-M as both companies have poured billions into their LTE networks. In all probability, they will have very little interest in something that is not LTE-based, although Verizon has announced support for NB-IoT as well. T-Mobile and Sprint may eventually look toward deploying NB-IoT on existing GSM spectrums.

Outside the US, and driven by China in particular, countries with larger GSM deployments and less LTE will likely have more reason to turn to NB-IoT. In June 2016, 3GPP completed the standardization of NB-IOT, the narrowband radio technology developed for the Internet-of-Things (IoT) and belonging into Release 13 (LTE Advanced Pro) specifications. NB-IoT supports up to 65kbps data rates and is ideal for simpler static sensor applications.

Who are the NB IoT-Chipset Players?

Huawei, Intel, QualComm, Samsung, Sierra Wireless and U-Blox are among the many players serving up chipsets for the NB-IoT market. Their offerings can be viewed at https://haltian.com/news/nb-iot-chipset-vendor-overview/

While IoT technology is far from being established, the 3GPP’s standardisation efforts have helped to settle some of the design variables prior to real life IoT implementations. But time is running out. If the forecasts are right, any further delays in choosing LTE-M or NB-IoT as chipset technology for smart devices can only delay expected $11 trillion revenues from connecting 75 billion devices by 2025. 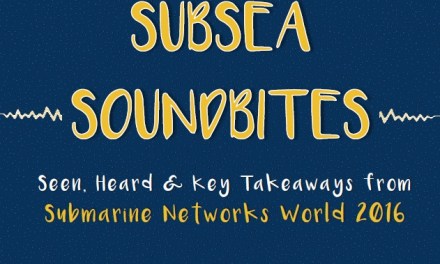