The event, which saw around a cubic kilometre of sand and mud flow across the floor of the Atlantic, occurred in January 2020, breaking the South Atlantic 3/West Africa (SAT-3/WASC) cable and the West Africa Cable System (WACS)

In the wake of the coronavirus pandemic, the telecoms industry has found itself in the spotlight more than ever before. Connectivity is coming to be considered the fourth utility, integral to so much of our business and private lives.

But despite this new-found respect for the importance of connectivity, the real backbone of the telecoms world, the submarine cable industry, often goes unnoticed and, perhaps, underappreciated. That is, of course, until something goes wrong.

Thanks to intelligent planning and improvements in design, major disruptions to submarine cables are relatively rare and are often fixed quickly. The primary causes of these breaks are generally accidents involving ships anchors damaging cables, but can also be caused by the cables rubbing against rocks on the sea floor. On occasion, natural disasters, like earthquakes, can severe cables, hence cable planners try to avoid these volatile areas wherever possible.

But, back in January 2020, it was a far more interesting phenomena that caused a disruption off the coast of West Africa. Data now released by scientists shows what is being described as the longest sediment avalanche yet recorded.

The event took place in a deep canyon leading into the Atlantic ocean from the mouth of the Congo River. The turbidity current, which saw around a cubic kilometre of sand and mud flow outwards across the sea floor, was initiated by a combination of major flooding of the Congo River and unusually large spring tides.

“The turbidity current we think was triggered at low water, at low tide,” said Prof Dan Parsons from Hull University. “As the loading of the ocean above declines, so you get a change in the pore water pressure within the sediment – and that’s what allows it to fail. But first you have to load the dice by delivering the sediment. Then the tidal signature can kick everything off."

The enormous amount of material shifting along the sea floor broke both the SAT-3/WASC and the WACS cables, which were subsequently repaired within a few weeks.

The event represents the largest of its kind ever recorded, with scientists hoping that they data captured via underwater sensors can be used to help better inform the submarine cable industry in future.

“This is new information for the cable industry and is being used to design new routes in this and other canyons – to avoid the areas that are most likely to experience deep erosion (immediately upstream of steep steps in the canyon that look like underwater waterfalls, known as ‘knickpoints’) as this will leave the cable more vulnerable to damage,” explained Dr Mike Clare, a marine geoscientist at the UK’s National Oceanography Centre and who advises the International Cable Protection Committee.

The information will not only be used in the planning of new cables, but also for maintenance. For example, cable repair ships could be positioned close to areas where such an occurrence is high, improving their response time and limiting the disruption to internet services.

Want to learn the latest from the submarine cable industry? Hear the experts in discussion at this year’s live Submarine Networks EMEA event 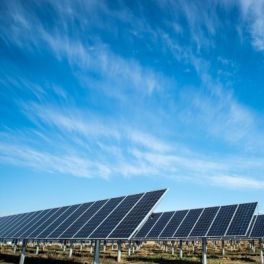