Better business connectivity: Neos Networks unbundles further 201 exchanges across the UK, on track for 550 by end of year

Neos Networks, one of the UK’s leading connectivity providers, today announces the unbundling of a further 201 exchanges. This is part of the UK telco’s rapid expansion programme to have 550 exchanges on-net by the end of the year with capacities of up to 10Gbps and 100Gbps.

The exchange unbundling, which is taking place across the length and breadth of the nation; from the South of Wales to the North East of England and into and around Scotland, will help organisations future-proof their digital ambitions as the worst of the COVID-19 pandemic passes.

The UK telco has already built a substantial network across the UK, designed to improve and enhance the connectivity requirements of enterprise and public sector organisations, as well as enable wholesalers, network operators and ISPs to take advantage of existing infrastructure, rather than invest capital into their own build programmes. Known for its quality of service and high NPS scores, the UK telco has become a premier partner for UK organisations looking for high speed, high capacity connectivity, and the building of these exchanges is set to further expand its footprint.

So far, 409 exchanges have been unbundled, growing the telco’s network to 24,480km. The end goal of having 550 exchanges up and running by the end of the year is on track, with each exchange being built resiliently and set to deliver capacities of 100Gbps.

Since September 2020 201 new exchanges are available, with the telco having drawn on its 20 years of industry knowledge and experience to keep the project running on time despite the difficulties and complexities brought about by the pandemic.

As the UK government looks to future-proof the nation’s digital ambitions, with 85% of premises promised access to fibre connectivity by 2025, the exchange rollout and expansion programme will be crucial in helping organisations to deliver the connectivity services that help achieve this goal.

Neos Networks is perfectly placed to support the backhaul requirements of large organisations as well as emerging ALTNETs, having most recently announced a partnership with broadband provider toob. This partnership will support the emerging telco’s connectivity offerings across South of England, and is part of the UK telcos wider programme of partnering with like-minded businesses to help future-proof the UK’s digital future.

All exchanges will be available via Neos Networks’ customer portal LIVEQUOTE, which provides quoting, ordering, and price comparison capabilities via its own network and those of leading thirds parties. The announcement comes at an exciting time for Neos Networks, which has recently launched a number of new product offerings in the form of a UCaaS service and EoFTTx solution.

By the end of this year the telco will have a network spanning over 30,000km in size, one of the largest high capacity business Ethernet networks in the UK, as well as a footprint of 90 data centres and over 800 points of presence (PoPs).

Speaking in reaction to today’s announcement, Colin Sempill, CEO, Neos Networks said: “As the government looks to achieve better fibre connectivity across the country, projects such as our edge expansion rollout are critical in helping organisations make this a reality.

“We’ve been regularly keeping the market updated with our progress in terms of the number of exchanges unbundled and are delighted to announce this further 201, especially as we’ve been able to complete these on schedule despite the testing environment of the pandemic. Showing our continued commitment to support customers with best in class connectivity.” 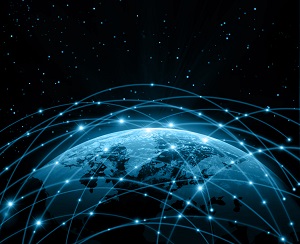 Convergence and innovation to empower operators in a new future