ISPs will have to declare the average speed of their networks, as opposed to the maximum speed that customers could expect, under new ASA guidelines

The U.K.’s advertising watchdog is cracking down on the way broadband providers advertise the speed of their services.

The Advertising Standards Authority on Thursday published new guidance that will require ISPs to advertise residential broadband services based on their average download speed, which must be available to at least 50% of customers during peak times.

As it stands, ISPs are permitted to market ‘up to’ speeds, which could be available to as little as 10% of their customer base.

The new guidelines will come into effect on 23 May 2018, following a six-month implementation period.

"There are a lot of factors that affect the broadband speed a customer is going to get in their own home – from technology to geography, to how a household uses broadband. While we know these factors mean some people will get significantly slower speeds than others, when it comes to broadband ads, our new standards will provide a better understanding of the broadband speeds offered by different providers," said Shahriar Coupal, director of advertising policy and practice, at the ASA.

"We hope our new standards will improve customer confidence in future ads," he added.

U.K. trade association ISPA welcomed the change, which it claims will bring more transparency to the industry.

"The new rules, alongside existing steps of providing speed information at point of sale, the ability to exit a contract and [facilitating] switching, mean consumers have a number of tools at their disposal to make an informed choice about which ISP or broadband service is right for them," noted ISPA chair Andrew Glover.

Glover was referring to Ofcom’s recent proposal to make changes to its broadband speeds code of practice, which is designed to give customers a more realistic view on the speeds they are likely to receive at peak times and make it easier for dissatisfied customers to cancel their contracts.

The ASA has also reached a decision on the way in which ISPs can use the term "fibre" in their advertising material. The ASA was considering whether it was misleading to use the term fibre to describe networks that are not full fibre.

"Having considered all of the evidence provided during the review, we’ve concluded that it is not materially misleading to describe broadband services that use fibre-optic cables for only part of the connection to consumers’ homes as ‘fibre broadband,’" the ASA said. 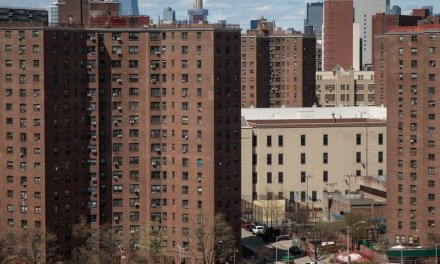 FCC ruling puts broadband choice into US apartments and offices