The UK government announced over the weekend that, since summer 2018, around 500,000 additional premises have been connected to gigabit-capable broadband. This is, at least in part, due to a £1 billion investment scheme that will continue until the end of 2021.
Currently in the UK, around 7.5 million premises have been covered in total, which equates to around 26% of UK homes and businesses. Connectivity has been expanding rapidly, with this coverage up from just 1.4 million two years ago.
The £1 billion of funding from the government has been delivered through various programmes: including around £400 million for the Digital Infrastructure Investment Fund (DIIF), £279 million through the Local Full Fibre Networks (LFFN) scheme, and £200 million for the Rural Gigabit Connectivity (RGC) project.
Of these projects, the LFFN and RGC are both part of the Gigabit Broadband Voucher Scheme, whereby businesses and residents can apply for vouches to subsidise infrastructure build out-costs. To date, around 45,000 vouchers, worth around £90 million, have been issued, which have translated into around 29,000 additional connections.
Further vouchers can be applied for by businesses and residents in rural areas to help connect these difficult-to-reach demographics and future-proof their connectivity; around £70 million’s worth of vouchers are still available until March 2021.
“Today I urge people in rural communities in the digital slow lane to apply for the immediate financial help available so they can seize the benefits of better connectivity – from making work easier to catching up with family and friends,” said digital infrastructure minister Matt Warman.
While the UK’s rollout of gigabit broadband is impressive, helped in no small part by the role of alternative network providers like CityFibre and Hyperoptic, the ultimate goal of gigabit broadband for all by 2025 still seems a long way off. £5 billion of funding has been set aside by the government for the purpose of achieving this goal, but it remains a very ambitious target nonetheless. Just last month in the House of Commons, when asked about the feasibility of the government target, Warman quietly downplayed Prime Minister Boris Johnson’s target of ‘gigabit broadband in every home’, saying  “we will work as hard as we possibly can to go as far as we possibly can by 2025.”
Is the government’s goal of universal coverage feasible? Find out from the players themselves at this year’s Connected Britain
Also in the news:
Qualcomm seeks licence to sell 5G chips to Huawei
Indian operators to get go-ahead for 5G trials, but not with Chinese vendors
Trump Executive Order set to ban TikTok
Share 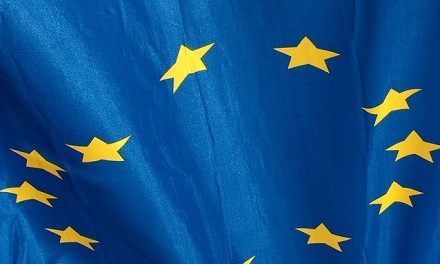